Railwa­ys minist­er says the people who want him to resign after the Tezgam infern­o must wait till Sunday­
By ​ Our Correspondent
Published: October 31, 2019
Tweet Email 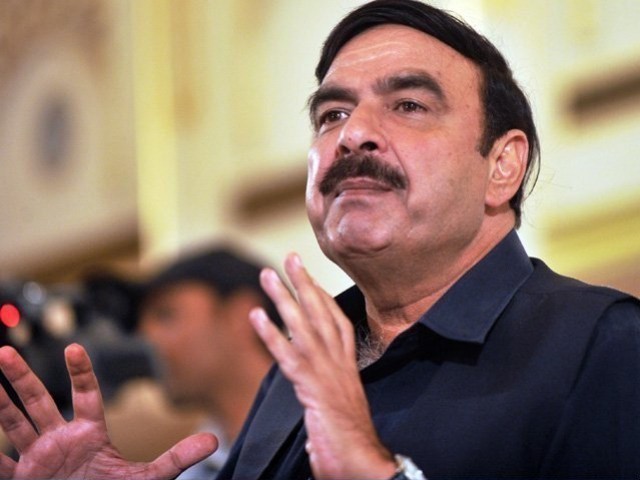 MULTAN: Minister for Railways Sheikh Rashid said on Thursday that the people who want him to resign after the Tezgam inferno must wait till Sunday.

Speaking to the media in Multan, he said, “Prime Minister Imran Khan has already ordered an inquiry in the incident. On Sunday, I will discuss more details.”

“My resignation is no issue,” said the minister.

Sharing details about the inferno, Rashid said, “The train caught fire near Rahim Yar Khan, not because of the negligence of the ministry but because people do not obey the laws.”

At least 74 people died after a fire broke out in Tezgam Express when a gas canister and stoves, passengers were using to cook breakfast, reportedly exploded.

The fire destroyed three of the train’s carriages near Rahim Yar Khan in the south of Punjab. It was on its way from Karachi to Rawalpindi with many people going to a religious gathering.

Talking about today’s incident, Rashid said, “Today’s incident took place because of the people who were using the canister and stoves. The on-duty guards even stopped them from cooking on the train. They stopped for a while but as soon the guards left, they burned their stoves on again.”

“Least number of railway accidents have happened in my tenure but today’s incident happened when the canister and stoves people were using exploded,” claimed Rashid in response to a question.

The minister claimed that even the injured he met in the hospitals admitted their mistake.

Meanwhile, several survivors questioned whether the fire in the train was sparked by a cooking accident.

Many informed media that they believed the cause was a short-circuit in the train’s electrical system.

“The air-conditioned bogie of the train had caught fire where canisters are not allowed. Since last night, there was a burning smell in the bogie and even the fire-extinguishers were not working,” a passenger complained.