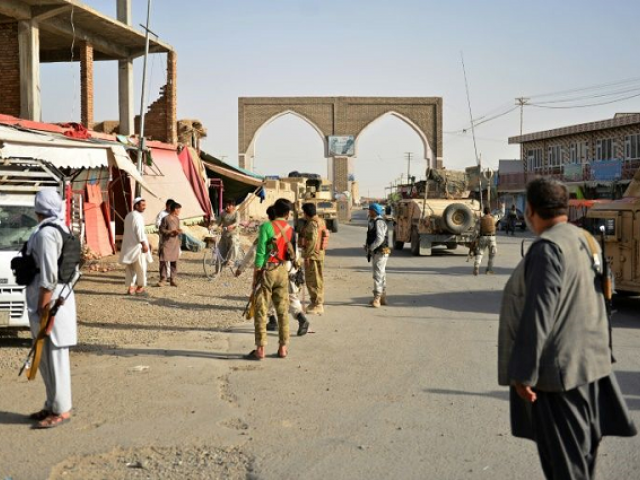 KABUL: CIA-backed Afghan paramilitary groups operating with impunity are summarily executing civilians during botched nighttime raids and are responsible for the disappearances of suspects, a rights group said on Thursday.

The secretive militias, whose support from America’s Central Intelligence Agency continues a tradition stemming from the Soviet-Afghan war of the 1980s, have long hunted the Taliban and are seen as an important tool as the war against the insurgents intensifies.

But their rough tactics have long sparked controversy across Afghanistan.

In a report, Human Rights Watch (HRW) documented 14 cases from late 2017 to mid-2019 in which it said CIA-backed “strike groups” committed serious abuses during night raids, such as one in the southeastern province of Paktia in which a paramilitary unit killed 11 men, including eight who were home for the Eid holidays.

The CIA disputed the HRW report, saying many of the claims against Afghan special forces were “likely false or exaggerated.”

In several cases, the raids – usually in Taliban-controlled areas – were accompanied by air strikes that “indiscriminately or disproportionately” killed civilians, HRW said, and sometimes, troops detained men and didn’t tell families where they were being held.

According to data released this week by NATO, the US conducted 1,113 air and artillery strikes in September, a big increase on previous months that came as talks between the US and the Taliban collapsed.

Night raids – where special forces troops blast doors and rush a building under the cover of dark – are a popular tactic that combines surprise, overwhelming firepower and night-vision equipment to stun occupants.

“In ramping up operations against the Taliban, the CIA has enabled abusive Afghan forces to commit atrocities including extrajudicial executions and disappearances,” said Patricia Gossman, the report author and HRW’s associate Asia director.

“In case after case, these forces have simply shot people in their custody and consigned entire communities to the terror of abusive night raids and indiscriminate air strikes.”

Afghan authorities and US forces have increased the use of paramilitary groups to combat a resurgent Taliban that has been hammering Afghanistan’s beleaguered national security forces.

Ostensibly part of the National Directorate of Security (NDS) but often operating almost independent of Afghan authorities, paramilitary forces do not fall under normal command chains and so have less oversight.

Speaking to HRW, one diplomat referred to them as “death squads.”

CIA spokesperson Timothy Barrett said the clandestine agency conducts its global operations in “accordance with law and under a robust system of oversight.”

He blamed the Taliban for sowing misinformation and noted that the insurgents do not operate under any similar rules.

“Unlike the Taliban, the United States is committed to the rule of law,” CIA officials added in a statement.

“We neither condone nor would knowingly participate in illegal activities, and we continually work with our foreign partners to promote adherence to the law.”

Afghan militias have largely been recruited, trained, equipped, and overseen by the CIA, according to HRW. Ties date back to the 1980s, when the CIA was funnelling money and equipment to Afghan militants and ‘mujahideen’ fighting Soviet troops.

After a lull during the Taliban regime in the 1990s, the CIA re-established ties with warlords and militias fighting the insurgency following the September 11, 2001 attacks.

According to the Special Inspector General for Afghanistan Reconstruction (SIGAR), a US government watchdog, Afghan special forces conducted 2,531 ground operations from January-September this year, more than the total of 2,365 for all of 2018.

A UN report earlier this month found an unprecedented number of civilians were killed or wounded in Afghanistan from July to September this year.

America’s gun violence survivors on life after the bullet