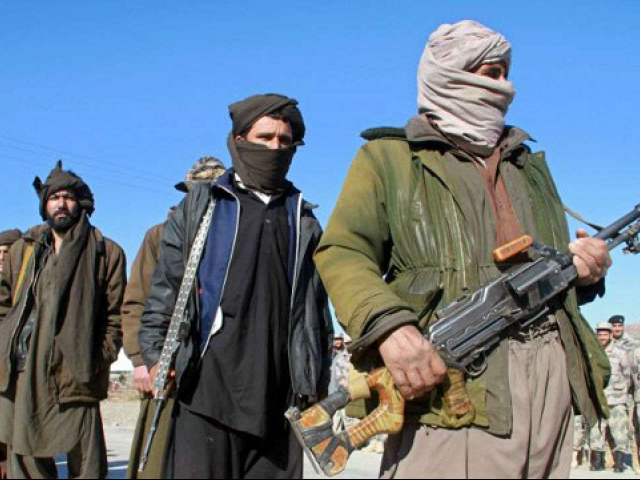 KABUL: Amid efforts to revive the stalled talks between the US and the Taliban insurgent, the Afghan government on Tuesday floated its own ambitious seven-point peace plan.

Sharing contours of this peace plan, President Ashraf Ghani’s National Security Adviser, Hamdullah Mohib, said lasting peace in Afghanistan was only possible if Pakistan convinces the Taliban to lay down their arms, rather than seeking privileges through negotiations with the US.

Making revival of the peace talks conditional to the announcement of an all-out ceasefire, he said negotiations must also take place with Pakistan, and that Islamabad must guarantee not to support the militants or give them safe havens. “Guarantees for peace from both the Taliban and Pakistan are important.”

The plan calls for multitrack negotiations at separate levels involving the US, the NATO, the Taliban, Pakistan, regional and international partners including global organizations. It further stipulated strengthening institutions at the national level and addressing grievances at the local level

The Taliban are yet to respond to this formula. The group has been so far reluctant to acknowledge, let alone talk to the Afghan government, as a legitimate representative of the people.

A former Taliban-era official, Syed Akbar Agha, said despite heavy losses sustained by the Taliban in recent security operations, the group is unlikely to bow down easily. “Acceptance of such conditions could have been possible only if the Taliban had sought a share in the government. The Taliban do not recognize the Afghan government and see it as a stooge administration,” he told Anadolu Agency.

Across the border in Pakistan, however, the security and political experts did not give much credence to the seven-point formula asserting that President Ghani is no longer in a position to dictate the terms. The development coincides with the US Special Representative for Afghanistan Reconciliation Zalmay Khalilzad’s fresh visit to the region, including Afghanistan and Pakistan, in an attempt to revive the stalled peace talks with the Taliban.

Khalilzad on Monday called on Prime Minister Imran Khan, who assured the former of his country’s “full support” with respect to the fragile peace process.

“There is no credibility to this agenda. The Kabul government is the weakest partner in the peace process, and not in a position to either influence the (Afghan) Taliban or the US “, Kamal Hyder, an Islamabad-based security analyst told Anadolu Agency.

“The fact is that the Taliban have already got a huge ground, and the Afghan National Army – already beaten by huge casualties, and desertions- cannot tackle them if the US troops pull out today”, he said. “They (Taliban) are the strongest faction in Afghanistan, who, time and again, has refused to talk to the Ghani government. They are only interested to talk to the US,” he added.

Hyder asserted that the US forces would pull out from the war-ravaged country as they did in Syria earlier this month.

“Presence of terrorist on Pakistani soil is factually incorrect. Terrorists from Daesh/ISIS, and TTP (Tehrik-e-Taliban Pakistan) are operating in or from Afghan side of the border,” he said. He added that successive military operations in restive North and South Waziristan have uprooted terrorists from Pakistan’s soil.

Ismail Khan, a Peshawar-based expert on Afghan affairs, dubbed the ambitious formula as “too late”, and “too little”.

“It’s too early to predict about the feasibility of this formula as (Afghan) presidential election results are still to come. Importance of these proposals is linked to Ghani’s re-election”, Khan told Anadolu Agency. “If he is re-elected, then these proposals can be discussed, but if not, then they mean nothing”, he added.