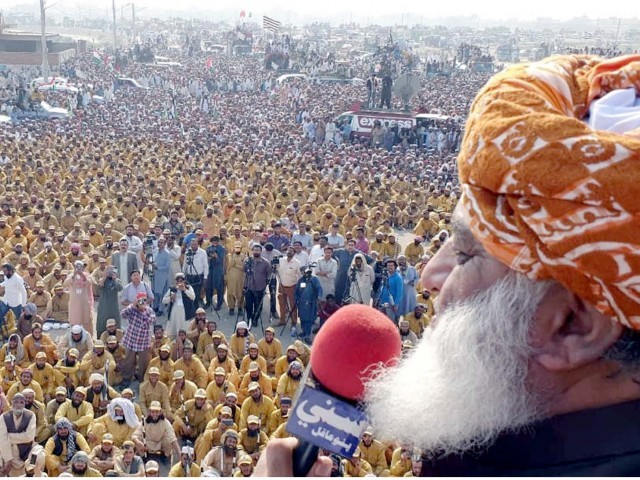 LAHORE: Punjab Governor Chaudhry Muhammad Sarwar on Wednesday said it was the responsibility of Azadi march leaders to abide by the agreement and strict action would be taken against those who would violate the law.

During a meeting with Punjab Minister for Housing Mian Mehmoodur Rasheed, the governor said the people were standing with the Pakistan Tehreek-e-Insaf (PTI) government and the opposition’s agenda of creating unrest and instability would be foiled as it had already been exposed before the people.

“The PTI government under the leadership of Prime Minister Imran Khan would complete its constitutional tenure,” he asserted. Talking to different delegations including a 30-member delegation of diplomats from China and Afghanistan, the governor said durable peace could not be restored in the region until the resolution of the Kashmir issue.