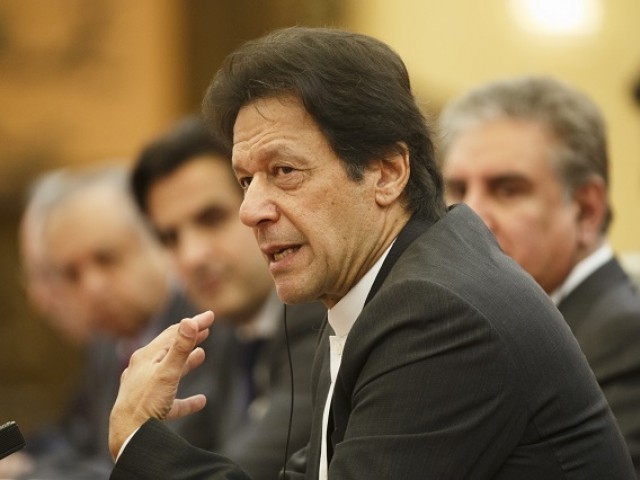 ISLAMABAD: Prime Minister Imran Khan has said that the government would not create any hurdles in opposition’s Azadi March as long as its participants followed the law but warned them of strict action if agreement signed with his negotiation team is violated.

The government committee, formed to engage with the opposition leadership on Azadi March, is completely independent, the premier said while chairing a meeting of the federal cabinet on Tuesday.

Sources privy to details of the meeting told The Express Tribune that the prime minister said the government was neither part of any secret deal nor will it compromise on ongoing corruption cases.

The federal cabinet deliberated upon the Maulana Fazlur Rehman-led Azadi March for a little over an hour, said the sources, adding that the negotiation committee is monitoring developments in connection to the anti-government protests on a daily basis.

Prime Minister Imran was also briefed on conditions of the Azadi March pact and assured that the participants of the protest would not violate the agreement. The premier expressed satisfaction on negotiation committee’s efforts thus far.

“We will not create hurdles if the march remains peaceful and within the legal boundaries … however, strict action will be taken if the agreement is violated,” the prime minister was quoted as saying.

Sources said PM’s Special Assistant on Information and Broadcasting Firdous Ashiq Awan, while complaining over attitude of certain fellow cabinet members, told the premier that Pemra’s decision regarding senior anchorpersons was so harshly criticised on social media that it appeared as if some ministers were themselves part of the opposition.

“Criticism by own ministers cause serious humiliation,” she remarked. To which, Science and Technology Minister Fawad Chaudhry quipped, “Real embarrassment is caused when decisions are retracted within hours”.

Prime Minister Imran directed his cabinet not to issue any political statement on PML-N supremo Nawaz Sharif’s health. He said the government is not only praying for his swift recovery but also providing the best possible medical facilities to the three-time prime minister. “The government is neither part of any [secret] deal nor will it compromise on corruption cases.”