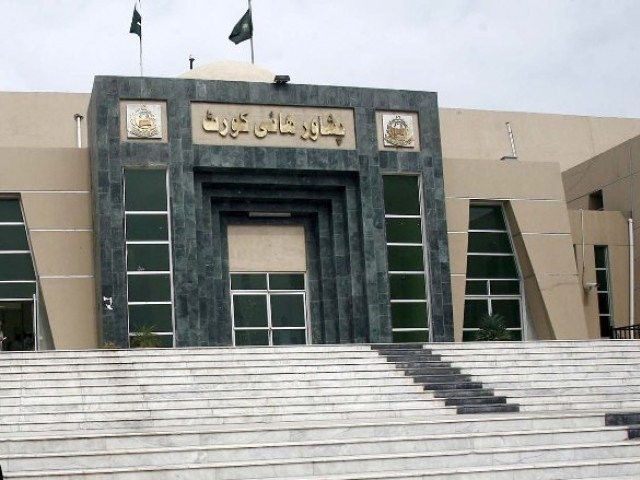 PESHAWAR: The Peshawar High Court has directed the provincial government not to hamper the movements of the Azadi march participants and also directed the Pakistan Electronic Media Regulatory Authority (PEMRA) to allocate equal airtimes for the opposition and treasury benches.

During the preceding the court was told that JUIF has started its Azadi march from Sindh and has been on its way to the federal capital, however, the K-P government was hampering their movement by placing containers at various entry points to Punjab.

Moreover, the K-P government has been planning to stop them from reaching Islamabad which was unlawful and illegal.

On the other hand the legal teams of the province and centre informed the bench that the application was not maintainable, based on the assumptions and none of the governments has taken measures to stop the movement of Azadi march so there was no need to hear the applications.

PHC Chief Justice Seth asked the government teams if they could guarantee that the Azadi march movement would not be hampered, it would decide the case in one sitting.

On this, Additional Advocate General Shah said that if the Azadi march people take law into their hands, the state would react to establish its writ.

Shah also stated that baton-wielding workers of JUI-F were visible on the roads in the Azadi march which would not be tolerated.

Chief Justice Seth said if the ministers have their guards and security why should not the members of the parliaments and officials of party. He added that has the government acted against private guards of the ministers or does it only plans to target the Azadi march.

The chief justice said that government has responsibility to keep law and order, but it cannot place containers in the path of peaceful marchers.

He asked Additional Advocate Aeneral Umer Farooq about the agreement reached between the government and the Azadi march leaders.

Farooq replied that agreement was limited to the Islamabad Capital Territory only, in which only the change in the venue of dharna and march was mentioned.

The petitioner’s lawyer Esa Khan told the court that until now JUI has organised almost 15 million marches since its inception in 1947 and never has challenged the writ of the state nor hurt or harmed the state installations, while the current government has hurt public sentiments by price hikes and taxes.

He said it has become a routine now that traders, industrialists are staging protest and boycott in many parts of the country.

Esa said they fear that government will place containers in their way anytime.

The government lawyer has assured the court that if the Azadi march participants remain peaceful they would impede their movement, on which PHC directed the provincial government not to obstruct the movement of marchers anywhere in the limits of the province.

In another writ petition, applicant said that PEMRA is using its office for stopping overage of the opposition’s Azadi march.

The authority’s high-ups were giving verbal directives to TV channels not to air the Azadi march. The petitioner termed the action of PEMRA unlawful and uncalled for.

The petitioner’s lawyer also informed the court that if the government desires to ban airing of the opposition on TV, it should issue written order.

Chief Justice Seth noted that Senate standing committee has also discussed such issues of PEMRA in its meeting.

Assistant attorney general informed the court that media coverage of the Azadi march was under way and all speeches were aired during the news and off news time.

The chief justice remarked: “we don’t see Azadi march news, live coverage and tickers on regular basis, all has been mum.”

The court has accepted the writ petition and directed the PEMRA to provide government and opposition unified airing time on the TV and adjourned the case until next hearing.