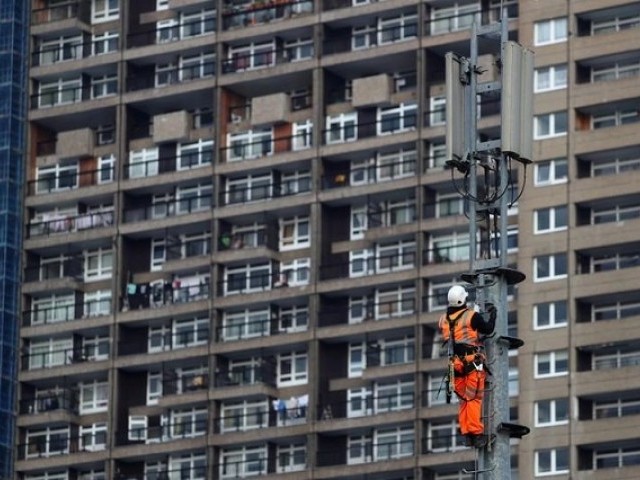 Ofcom manages Britain’s airwaves, or spectrum, a finite resource that is essential for wireless services including mobile phones.

The latter band forms part of the primary band for 5G.

All four of Britain’s biggest mobile companies – EE, Vodafone, O2 and Three – have launched 5G this year, and releasing these airwaves will help increase the capacity and quality of mobile data services, Ofcom said.

On Friday, the four mobile network operators said they had agreed to build a shared rural network, backed by government funds, banishing countryside “not-spots” where consumers are unable to get an adequate signal.

In light of this deal, Ofcom is no longer proposing to include coverage obligations in its auction. This is because, through the companies working together, the agreement will achieve higher coverage than the requirements the regulator could have set through an auction.

Ofcom’s auction will involve two stages. In the “principal stage,” companies will first bid for airwaves in separate “lots” to determine how much spectrum each company wins.

Then there will be a round of bidding – the “assignment stage” – to determine the specific frequencies that winning bidders will be allocated.

From Next Year: Qualcomm to put 5G chips in phones

Winners of 3.6-3.8 GHz spectrum will have an opportunity in the second stage to negotiate their placements within the band among themselves, allowing operators to join together the new spectrum they win with their existing holdings.

Ofcom is still proposing to place a 37% cap on the overall spectrum that anyone mobile company can hold following the auction.

The regulator has asked for responses to its proposals by December 9. It plans to publish its final decisions early next year, before starting the auction in the spring.

‘Who is an expert?’: PEMRA move to regulate news show panels ignites debate