WhatsApp in the Arab world: an essential but controversial tool

WhatsApp in the Arab world: an essential but controversial tool 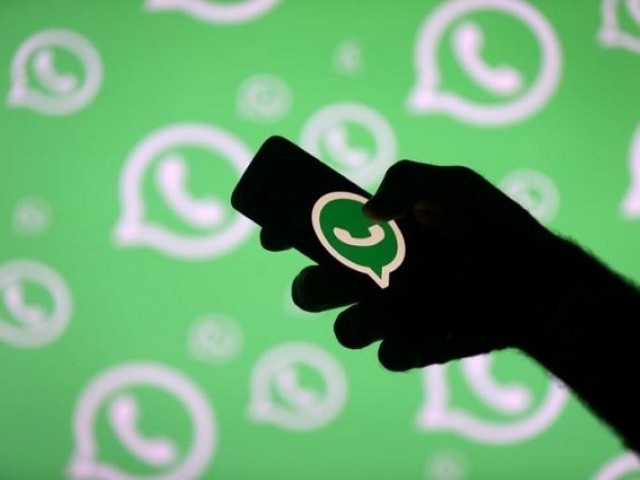 NICOSIA: From organising mass protests in Baghdad and Beirut to coordinating rescue missions amid grinding conflict in Syria, WhatsApp has become an indispensable connector for millions across the Arab world.

In Lebanon, where telecommunications are highly regulated and expensive, citizens have increasingly relied on WhatsApp for free calls.

When the government announced a tax on these calls on October 17, it sparked protests that grew to an unprecedented scale.

After more than a week of demonstrations, protesters have rejected the term “WhatsApp revolution”, saying the phrase diminishes what is a demand for drastic political change.

But they acknowledge the technology is instrumental in mobilising rallies that have attracted hundreds of thousands from a population of about six million.

Yasmine Rifaii, 24, a protest organiser from Tripoli in northern Lebanon who works at a local NGO, said WhatsApp was operating as a virtual “backstage for the revolution”.

“We are connected to all of these WhatsApp groups — Lebanon is a small country, everyone knows someone else from another city. We are reaching out across religions and locations,” she told AFP.

Over the border in Syria, Whatsapp can be the difference between life and death.

Mustafa al-Hajj Younes, who heads a group of first responders in Idlib province, said civilians use group chats to appeal for help from rescue teams.

“We coordinate on these groups whenever there is a need for our services,” he said.

WhatsApp is especially useful because of weak telecommunications infrastructure in areas under opposition control. “People can only contact us through WhatsApp or cell phones,” he said.

Across the region, digital authoritarianism is increasing, with some governments regularly blocking popular social media applications including WhatsApp, especially its free calls feature.

Users in Gulf countries such as the United Arab Emirates cannot make internet calls without a proxy server. Messages deemed offensive in court have even landed some users in jail in the UAE.

It is a similar story in Morocco, where the government banned free voice over internet protocol (VoIP) calls in 2016.

A 26-year-old Moroccan journalist who relies on the app to liaise with officials and sources told AFP it was a “national drama” when the decision came into effect, provoking a swift public backlash.

In the wake of small-scale protests in Egypt, police have randomly stopped and frisked people to examine social media content on their phones.

Police arrested many on the spot after inspecting their mobiles, AFP witnessed in September.

That month, the attorney general’s office said prosecutors had orders to “inspect the social media accounts and pages of those detained”.

In Iraq, where nearly 200 people have died in protests during October, another battle is being waged online.

When anti-corruption demonstrations broke out in many cities early this month, authorities cut internet services in an attempt to quell unrest — a tactic they have used in the past.

“We consider Whatsapp to be the most dangerous application at this stage,” a well-placed security source who preferred to remain anonymous told AFP.

“Cutting the connection to WhatsApp was meant to prevent these gatherings from happening”, he bluntly admitted.

Yasser al-Joubouri, an Iraqi activist who participated in the protests in Baghdad, said the app was crucial for forming activist groups to disseminate details about protests.

This sharing of information provokes an “existential fear” for governments that were caught off-guard by the Arab Spring uprisings, said Adel Iskandar, a media studies professor at Simon Fraser University in Canada.

But governments also see that such apps could be beneficial, he added.

“The state sees these platforms not merely as a threat but rather as an opportunity to supplant critical messages with supportive ones,” Iskandar told AFP.

With over 1.5 billion users worldwide, WhatsApp remains the most popular social media programme in terms of usage in the youthful, tech-savvy region, according to a recent survey by Northwestern University in Qatar.

Aside from sharing harrowing content and connecting protesters from turbulent hotspots via in-built encrypted messages, the app is also used for everyday conversations, like elsewhere in the world.

Jordanian officials, as well as other policymakers across the region, regularly communicate with journalists in groups broadcasting statements; they even give sensitive interviews on the freely available instant messaging service.

Jamila Sharaf, a mother-of-two from east Jerusalem, keeps up with activities for her children with the school’s administration informing her and other parents in a group.

In Iran, officials banned the more secure app Telegram, saying it was used to fuel unrest during a wave of protests in January 2018.

This has driven many young people to Whatsapp.

“The ban on Telegram has made me use WhatsApp more,” said Ramin, a 26-year-old from Tehran.

She described the idea of taxing social media to plug budget shortfalls as “ridiculous”.

“I would (be prepared to) help my government in that situation, but not by paying for something which is meant to be free.”