'Who is an expert?': PEMRA move to regulate news show panels ignites debate

'Who is an expert?': PEMRA move to regulate news show panels ignites debate 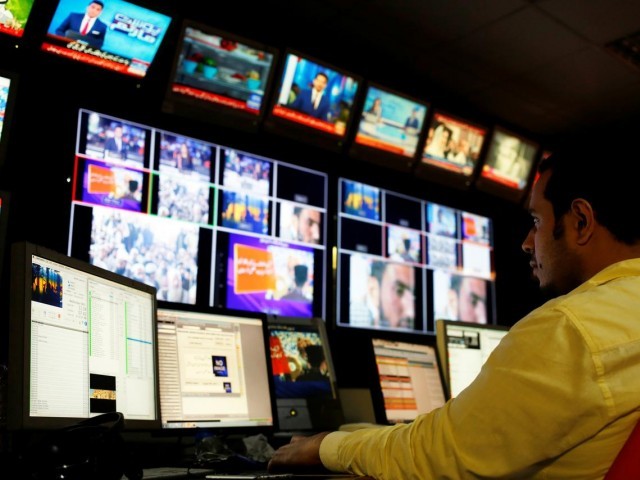 KARACHI: The Pakistan Media Regulatory Authority (Pemra) advised TV news channels on who should be allowed to appear on talk shows as ‘analysts’.

The participants, the notification said, should be selected with due care and have “credibility as fair and unbiased analysts with requisite knowledge/expertise on the subject matter”.

The move has triggered a debate on social media. What defines an expert? Is it necessary to have a professional degree on a subject before being allowed to speak on it? Does a degree trump years of working experience? And what are the bounds of ‘unbiased’ analysis? Is it possible to be ‘impartial’ on issues concerning crimes or fundamental rights?

Most importantly, is the advisory in line with law and Constitution?

Every citizen shall have the right to freedom of speech and expression, and there shall be freedom of the press, subject to any reasonable restrictions imposed by law in the interest of the glory of Islam or the integrity, security or defence of Pakistan or any part thereof, friendly relations with foreign states, public order, decency or morality, or in relation to contempt of court, 1[commission of] or incitement to an offence.

Article 19A: Right to information

He underscored that the fundamental rights of citizens could only be restricted on the basis provided in the Constitution itself and not otherwise. “The areas of restrictions are clearly specified in Article 19 and 19(A).”

The notification prompts another question: is it practical?

“Who is an “expert”?” asked Minister of Human Rights Shireen Mazari. Noting that an “interesting but unintended” debate had been generated, Mazari asked whether a degree in politics was necessary to be an expert in politics. “I have no degree in “human rights” so should I go on TV to discuss “human rights” issues?” she pondered.

“Do I need a degree in International Relations or Strategic Studies to discuss foreign/defence policy? What degree do I need to talk about Information? Is expertise defined by a degree?” she continued.

Do I need a degree in IR/Strategic Studies to discuss foreign/def policy? what degree do I need to talk about Information? Is expertise defined by a degree? Finally we have a debate at an abstract level media shd focus on! But what "experts" wld be needed for such a debate on TV?

“Forget about the merits of Pemra directions,” senior journalist Mubashir Zaidi told The Express Tribune. Zaidi pointed out that if the analysts were taken on merit, then security analysts should, in theory, be taken off-screen as they comment on issues concerning politics or economy. Anchorperson Hamid Mir concurred with Zaidi.

Foreign affairs journalist Kamran Yousaf said the definition of credibility and bias was subjective at a time when there are deep divisions in our society. Yousaf believes the move was aimed to suppress dissent. “It will surely backfire.”

The notification states that “as per Pemra code of conduct, [the] role of anchors is to moderate the programme in an objective, unbiased and impartial manner, excluding themselves from their personal opinions, biases, and judgments on any issue. Therefore, anchors hosting exclusive regular shows should not appear in talk shows whether own or other channels as subject matter expert.”

Mir maintained it was unconstitutional to prevent anchors from appearing in talk shows on other TV channels. He said the directives not only violate Section 19 of the Pemra Ordinance 2002 but also Article 19 and 19A of the Constitution of Pakistan. He stressed that a journalist’s job was not just to ask questions but to report facts and express opinions as well

Sheikh termed the move ‘unjustified’ by citing the Constitution. He asked whether anchors appearing on other shows posed any threat to the state’s security or integrity.  “Such restrictions can only be valid if it is within the four corners of the areas specified for the purpose of imposing restrictions in the Constitution,” he noted, adding that a “prohibition is being imposed on the fundamental right to freedom of expression.”

The advisory was also censured by Minister for Science and Technology Fawad Chaudhry, who termed it “uncalled for, illogical and unnecessary”.

Yousaf pointed out that even the incumbent ministers were surprised at the advisory. “Under Section 5 of the Pemra Ordinance, the government can withdraw the letter,” he added.

Zaidi said neutrality comes from experience and education. He pointed out that most of the analysts appearing on news shows were journalists or retired military officials who are neither educated nor experienced in all matters. “In other countries usually professors comment on relevant subjects but in our country, it’s free for all,” he pointed out.

Zaidi’s point can be elaborated by recalling the discussions during the Zainab rape and murder case wherein the panels comprised of politicians, journalists and sometimes activists but hardly did we see mental health practitioners or medical experts.

Sheikh said the restrictions imposed by the authority are manifestly beyond the scope of those envisaged under Articles 19 & 19A of the Constitution and are far from being reasonable as well as in the public interest. “Even otherwise, the restrictions have been imposed without legislative enactment or specific authority conferred by law in that behalf.”

Former finance minister Asad Umar said Pemra should be focussing on fighting fake news rather than suppressing citizens’ – including journalists – the right to freedom of expression.

On the other hand, Special Advisor to Prime Minister Imran Khan on Information and Broadcasting defined the decision saying no anchor had been stopped from expressing their opinion.

“They have their exclusive shows to discuss anything and everything. The advisory is reiteration of the existing code of conduct on court orders which needs to be taken care of to avoid conjecturing.”

No anchor has been stopped to express. They have their exclusive shows to discuss anything and everything. The advisory has been reiteration of existing code of conduct on court orders which needs to be taken care of to avoid conjecturing.