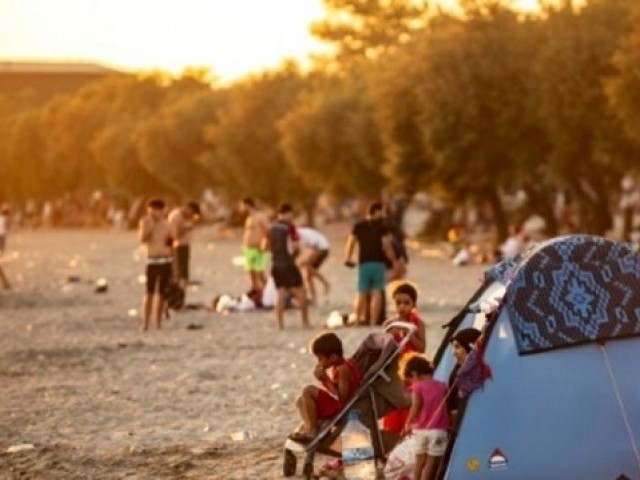 Human rights organisations on Friday accused Turkey of “forcibly” deporting refugees to war-torn Syria in the months leading up to its military incursion in the neighbouring country.

Turkey launched its military offensive on October 9 to push Syrian Kurdish forces back from its border and to create a “safe zone”, in which it intends to repatriate some of the 3.6 million refugees it is currently housing.

In a report released on Friday, Amnesty International said it spoke with refugees who claimed Turkish police had beaten or threatened them into signing documents stating that they were asking to return to Syria.

“In reality, Turkey was forcing them back to a war zone and putting their lives in grave danger,” Amnesty said, adding that people were “being tricked or forced into returning”.

Amnesty slammed Turkish claims that Syrian refugees were choosing to walk straight back into the conflict as “dangerous and dishonest.”

Human Rights Watch (HRW) also issued its own report on Friday alleging that “dozens of Syrians and possibly many more” were arbitrarily detained and deported to northern Syria between January and September 2019, despite active conflict there.

Amnesty estimated that the number of refugees affected over the past few months was likely to be in the hundreds.

HRW claimed in a statement that refugees were taken to Syria after signing forms “they were not allowed to read” and that some were even “unlawfully deported… to Idlib governorate, one of the most dangerous areas in Syria”.

“The claims of forced return, threats and bad treatment are not true and are completely made up,” Aksoy said in a statement.

Turkey wants refugees to return “voluntarily, in a safe and honourable manner, and believes this process should be conducted in a way that is in adherence to international law,” he added in a statement.

A Turkish diplomatic source earlier told AFP it was “out of the question for anyone to be forced to sign a document.”

Turkey hosts the largest community of Syrian refugees, with over 3.6 million in the country. Of the 500,000 in Istanbul, more than 25,000 are living illegally, according to Syrian NGOs.

Officials have extended a deadline for unregistered Syrian refugees in Istanbul to leave the city until October 30.

Authorities say refugees must return to the provinces where they were first registered upon arriving in Turkey – mainly border cities including Gaziantep and Sanliurfa.

Amnesty said Turkey cannot use the generosity it has displayed to refugees over the past eight years as “an excuse to flout international and domestic law by deporting people to an active conflict zone.”

Erdogan urges US to hand over SDF chief to Turkey

Aksoy said that Turkey “scrupulously” adhered to the principle of ‘non-refoulement’, and there had been “no change to this approach”.

President Recep Tayyip Erdogan has said some 365,000 Syrians have already returned to parts of the country brought under Turkish control during offensives in 2016 and 2018.

Over the past two weeks, Turkey has signed deals with the United States and Russia to create its proposed “safe zone”.

Brexit in limbo as UK PM pushes for election