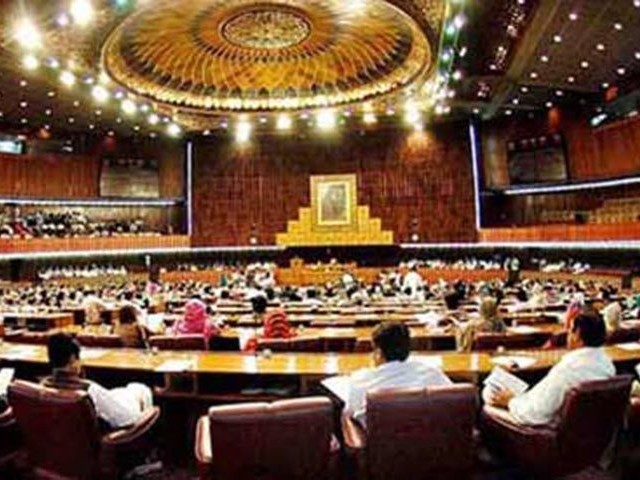 A Reuters file photo of Senate.

ISLAMABAD: Senate Standing Committee on Cabinet Secretariat in its meeting on Thursday unanimously rejected the Pakistan Medical Commission (PMC) Ordinance 2019 and passed a resolution terming the order an attack on supremacy of parliament.

In consideration of motion under rule 218 raised by Senator Palijo regarding the syllabus prescribed for Central Superior Services (CSS) examination, the committee decided it would be beneficial to club the briefing of the task force on working and recommended proposals.

The committee was briefed about various measures being suggested to improve civil services and the CSS examination system and syllabus.

Dr Ishrat Hussain informed the committee that members of the task force were a mix of civil society, academia, private sector and six secretaries of government.

He said that experts from 1,345 sectors had been consulted and recommendations were made in 5 sub-groups that included recruitment and induction, training and performance management, career progression and promotion and compensation and benefits.  An implementation committee had also been set-up.

Dr Hussain said that restructuring of federal government was in progress and that functional and legal classification of 441 institutions had been conducted.

However, the important thing was that there would be no job cuts and the employees would be merged in other departments.

The task force plans to reform recruitment processes and emphasis would be placed on the ‘right man for the right job’ narrative and the evaluation would no longer be confidential.

The tourism industry will be transformed and Pakistan Tourism Development Corporation (PTDC) will act as a regulating body.

The chairman directed further review of PTDC and Pakistan Medical and Dental Council (PMDC) and disposed of the matter regarding CSS examination syllabus with a recommendation seeking details from Federal Public Service Commission (FPSC).