In first visit to US after Bin Laden raid, Pasha to meet his counte­rparts to discus­s intell­igence matter­s.
By Huma Imtiaz
Published: July 13, 2011
Tweet Email 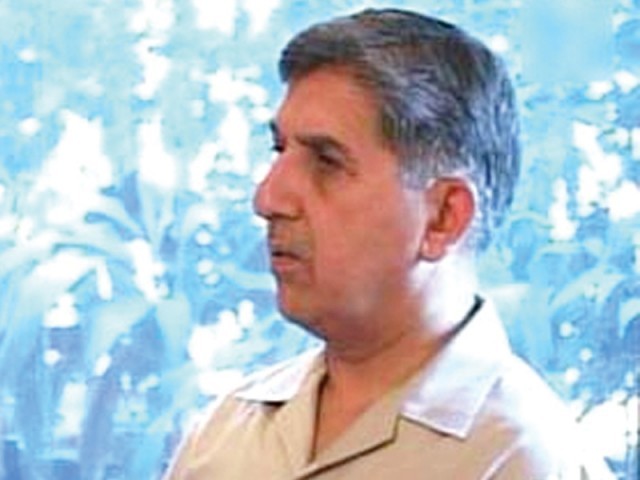 In first visit to US after Bin Laden raid, Pasha will meet his counterparts to discuss intelligence matters. PHOTO: EXPRESS

According to sources, General Pasha met with Ambassador Haqqani and defense officials at the Embassy of Pakistan immediately after his arrival.

The ISI chief General Pasha is scheduled to meet his CIA counterpart Acting Director Michael Morell tonight, where they are expected to discuss intelligence cooperation.

Earlier on Wednesday, the ISI Chief General Ahmed Shuja Pasha had left for a one-day visit to Washington, DC.

According to sources, the ISI chief will be meeting his counterparts to discuss intelligence matters during his one-day consultation meeting, while a CIA spokesperson officially declined to comment on the story.

The Embassy of Pakistan had also issued a statement saying that they do not comment on intelligence matters.

This will be General Pasha’s first visit to the United States since the Abbottabad raid that killed al Qaeda leader Osama bin Laden, sparking tensions between both the countries.

The visit comes just days after the White House officially confirmed that the United States had put on hold $800 million in assistance to Pakistan, of which nearly $300 million was for coalition support funds, while $500 million had been allocated for military equipment and trainers. Following the Abbottabad raid, the Pakistan Army had asked the US military trainers to leave the country.

The ISI has come under renewed criticism in various circles in Washington DC. In June this year, former CIA director and now Secretary of Defense Leon Panetta visited Pakistan, amidst reports that the United States had provided intelligence to their Pakistani counterparts on bomb-making factories that had been cleared before the military could inspect the factories.

Following journalist Saleem Shahzad’s death in Pakistan, the ISI was also accused of being responsible for Shahzad’s kidnapping and subsequent murder. A recent editorial in the New York Times also called for General Pasha to step down as a result.

Pasha to meet with Morell

According to the Associated Press, General Pasha is due to meet the CIA Acting Director Michael Morell during his visit here.

The CIA declined to comment on Wednesday about General Pasha’s visit.