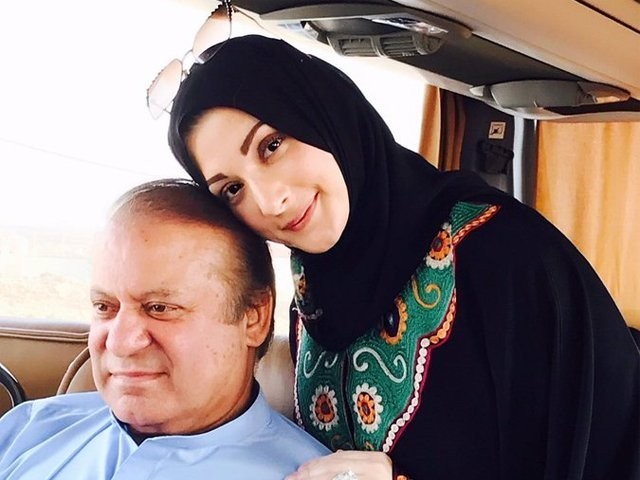 The supreme leader of the Pakistan Muslim League-Nawaz (PML-N) was taken to Services Hospital from NAB’s Lahore office late on Monday night because of the decline in platelet count.

He received transfusions of mega units of platelets at the hospital on Tuesday and the government officials as well as his own party leaders had told the media that he was in a stable condition after the treatment.

However, his condition grew worse on Wednesday evening, so much so that his daughter Maryam Nawaz, whose request to visit her ailing father for an hour was turned down by an accountability court earlier in the day, was rushed to the hospital from Kot Lakhpat Jail after the Punjab Home Department granted her permission on the directives of Prime Minister Imran Khan.

After meeting Nawaz, Maryam also fell sick and was allowed to stay in a room next to the one where her father has been undergoing treatment.

Punjab Health Minister Dr Yasmin Rashid met the former premier at the hospital. Later addressing a news conference, she said Nawaz was satisfied with the treatment.

“We have informed him [Nawaz] about his condition and told him that we can arrange any doctor that he wants to treat him,” she added. “Even his personal physician is satisfied by the steps we have taken.”

The minister added that the former prime minister had not spoken about receiving treatment abroad.

Elaborating about Nawaz’s condition, Dr Rashid said the PML-N leader’s platelet count was 10,000 on Monday night. It later reached 25,000 after he received transfusions of two mega units of platelets.

“His [Nawaz] platelet count is 7,000 now. He is being administered a third mega unit after which the level will reach 25,000 again,” she added.

The minister said Nawaz’s blood pressure was normal and had tested negative for dengue.

“There was bleeding from the gums when he brushed this morning but there is no cause for alarm. It’s under control,” she maintained, referring to the complication of internal bleeding that follows a drop in platelet count.

The minister said the dosage of some medicines to Nawaz had been stopped as a precautionary step.

She added that Nawaz might be administered steroids if needed. “We are being cautious because of his kidney problems.”

The former premier will undergo a stomach scan at the Pakistan Kidney and Liver Institute on Thursday (today).

According to sources, a six-member medical board formed to examine Nawaz was unable to ascertain the cause behind the sudden decline in the platelet count.

Dr Rashid met with the board and discussed his situation with its members. Services Institute of Medical Sciences (SIMS) Principal Professor Mehmood Ayaz, the head of the board, informed the minister about the treatment being administered to Nawaz. On the board’s recommendation, a senior doctor from Islamabad has been called to examine the former premier.

Prime Minister Imran has ordered the Punjab government to provide Nawaz with the best possible medical facilities in accordance with his family’s wishes.

The premier’s aide on information, Firdous Ashiq Awan, tweeted on Wednesday that PM Imran had sought a detailed report on the matter from the Punjab government.

The premier, she said, had prayed for Nawaz’s health and wished him a speedy recovery.

Earlier in the day, Maryam told the media that an accountability court had turned down her request to meet her father.

“I wanted to see for myself how Mian Sahib [Nawaz Sharif] was doing,” she told reporters. “But the judge did not grant me permission to meet my father for an hour.” The video of Maryam informing the media about the judge’s decision went viral on social media.

Maryam and her cousin, Yousaf Abbas, were produced in the accountability court after their two-week remand extension ended in the Chaudhry Sugar Mills case.

During the hearing, Maryam’s remand was also extended by three days.

During the proceedings, the investigating officer of the case requested an extension in the remand of Maryam and Yousaf, which the judge granted till October 25.