The concealed suffering in Afghan conflict

The concealed suffering in Afghan conflict 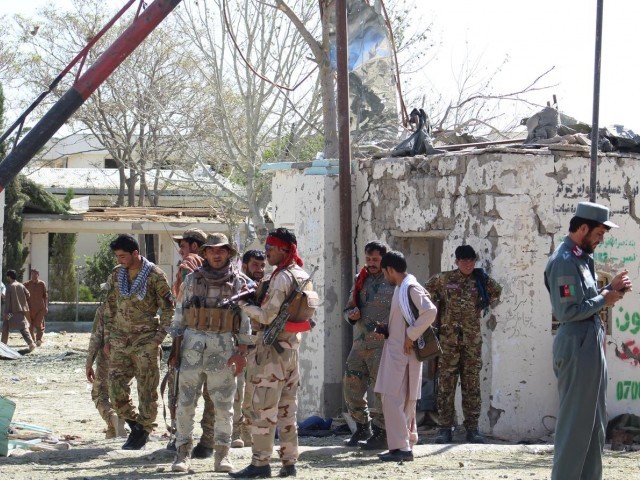 Forty years of war have devastated the lives of most of the country’s residents. There is no area, sector or ethnic community that has not been exposed to varying degrees of hardship, pain, and suffering.

But the physical damage to lives as well as to infrastructure has been well documented. Meanwhile, there is another tragic dimension to the unending agony that has not received the attention it deserves.

Millions of Afghans — men, women, and children — have suffered varying degrees of psychological trauma and struggle with mental health illnesses as a consequence of the conflict. The war, relentless bombing, drones flying overhead and threatening to drop bombs anytime anywhere, people being killed in the senseless and brutal bloodbath unleashed by Daesh, the detentions of innocent people, persecution of the rank and file Afghans, growing poverty and unemployment and deepening frustration, have all taken a toll on the mental health of the population.

Afghanistan today presents a dismal sight of a people who have endured agonies for two generations. There is hardly any household that has not suffered in terms of someone having been killed or wounded in a senseless war. Women and children have been the worst affected.

Displacement of people adds another ominous dimension to the troubles of a beleaguered populace. Tens of thousands have sought shelter in other countries while large numbers have been forced to abandon their villages and flee to safer zones in the country.

The violence, human cost of the war, displacements and rising levels of poverty have cumulatively taken a terrible toll on the lives of the people.

According to surveys carried out by Human Rights Watch, more than half of the Afghan population, including many survivors of the conflict-related violence, struggle with depression, anxiety and post-traumatic stress disorder (PTSD). Fewer than 10% of these receive adequate psychological support from the government. According to a survey conducted by the EU in 2018, around 85% of the Afghan population has experienced or witnessed at least one and an average of four traumatic events.

The World Health Organization (WHO) has reported that more than one million Afghans suffer from depressive disorders and over 1.2 million suffer from anxiety disorders. But the agency claims that the actual number of those suffering from such mental disorders is much higher. This is mainly because, in Afghan culture, such mental illnesses are not disclosed. People continue to suffer in silence and prefer not to seek medical advice.

According to the Afghan Independent Human Rights Commission (AIHRC), some 3,000 people commit suicides each year. Eighty per cent of these suicide victims are women. In this case, also, the actual number could be much higher.

What is worrying is that in the face of such grim statistics, there is an extremely inadequate response from the government to the daunting problem of providing medical care to those who suffer from depression and anxiety disorders.

There is a need for expanding psychosocial services at all levels. Weak health delivery systems and a lack of professional health and social workers pose an enormous problem in identifying and treating those with mental disorders.

According to WHO, there is only one psychiatrist for every 435,000 people and one psychologist for every 330,000 people. The number of beds in hospitals for mentally ill patients is dismally low. Between 2004 and 2018, only 800 people completed a year-long government-run programme to train people as psychosocial counsellors.

This lack of skilled technicians and psychiatrists has gravely impinged on the ability of the government to reach out to those who suffer from depression, schizophrenia, and PTSD.

Not only is there a need to make more facilities available in all regions of the country, but there is also a need for more effective collaboration with major donors and to seek technical and managerial assistance to cope with the rising incidence of mental health illnesses.

A whole population is at risk. The problem, long ignored by both the government and the international community, has crossed all thresholds. It can only be tackled by a combined national and multi-national endeavour that seeks to achieve specific goals within a timeframe.

This mental health emergency would cast an ugly shadow on efforts to rehabilitate the Afghan population. The stigma such illnesses carry will live with those who suffer, for a long, long time. The challenge is stupendous. It requires a robust and determined response from the government and the community.

China-India rivalry — is it reversible?