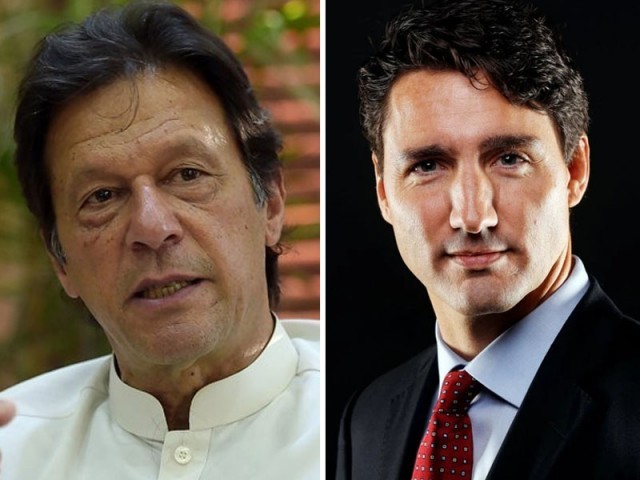 PM sends his congratulatory message on Twitter saying that he looks forward to working with Trudeau in future. PHOTO: FILE

The premier sent his congratulatory message on the micro-blogging site, saying that he “looks forward working with Trudeau in future”.

“Congratulations to Justin Trudeau for winning the elections in Canada. I look forward to working with him,” he wrote on in official Twitter handle.

Congratulations to Justin Trudeau for winning the elections in Canada. I look forward to working with him.

Trudeau’s Liberal Party held onto power in the nail-biter election but as a weakened minority government.

Television projections declared the Liberals winners or leading in 157 of the nation’s 338 electoral districts, versus 121 for his main rival Andrew Scheer and the Conservatives, after polling stations across six time zones closed.

Trudeau, the 47-year-old former school teacher, dominated Canadian politics over the four years of his first term but faced a grilling during the 40-day election campaign, which was described as one of the nastiest in Canadian history.

His golden boy image has been damaged by ethics lapses in the handling of the bribery prosecution of engineering giant SNC-Lavalin; while the emergence of old photographs of him in blackface makeup rocked his campaign.

Some 27.4 million Canadians were eligible to vote in the election.