It’s a passio­n and a bit of a fixati­on, says 22-year-old Roman sculpt­or
By Reuters
Published: October 21, 2019
Tweet Email 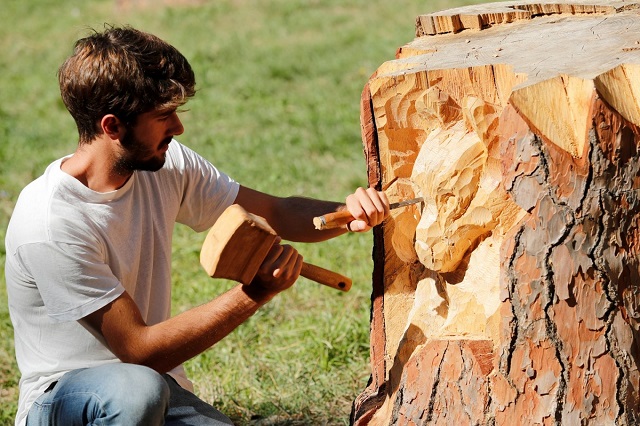 He said he liked to meet people while working and had no personal claim to the faces, animals and other artwork carved out the stumps. PHOTO: REUTERS

ROME: Andrea Gandini, a 22-year-old Roman sculptor, is making a growing name for himself by turning the Eternal City’s dead tree stumps into much-admired pieces of art.

Gandini, who began his tree carvings around five years ago, chipped away at his 66th stump in the huge Villa Pamphili Park on Friday.

He has plenty of raw materials to work with. Rome is known as one of the greenest cities in Europe, with its 313,000 trees filling its many parks and lining the streets in the city centre.

However, many were planted nearly a century ago and are now weakor dying. Seeing how they were neglected made Gandini want to act. 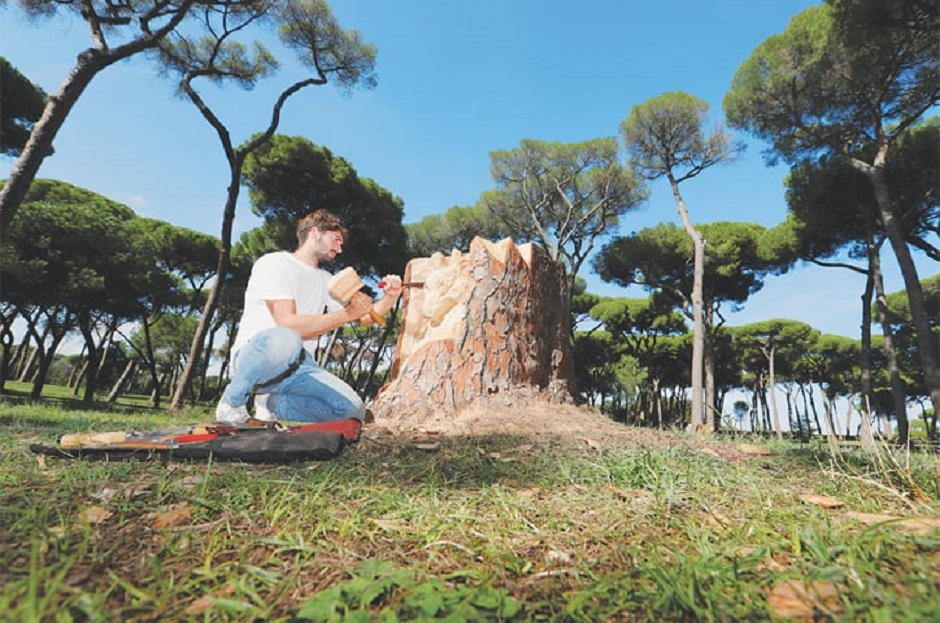 “I had been sculpting wood since I was a kid, in my garage. Then I chose to carve a stump that was out on the street. That is how I chose to start carving stumps in Rome,” he said, as he worked on his latest creation.

He said he liked to meet people while working and had no personal claim to the faces, animals and other artwork carved out the stumps. 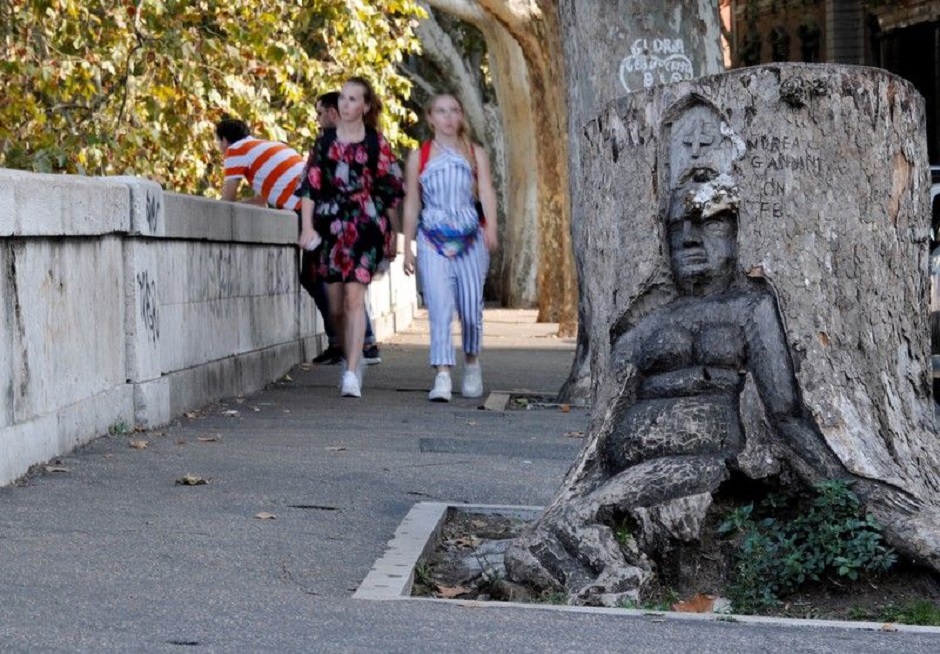 “It takes me about a week to finish one sculpture, and then it becomes everyone’s. It’s a passion and a bit of a fixation,” he added, as passers-by stopped to admire his work and take photos with their phones.

Gandini maps the stumps on his website, and the sculptures are becoming a tourist attraction. Tour guides even include his work in their packages.

“Stumps are not very well considered but they have the right features that make them perfect for carving,” he said. “Rome has many stumps that are waiting to become pieces of art.” 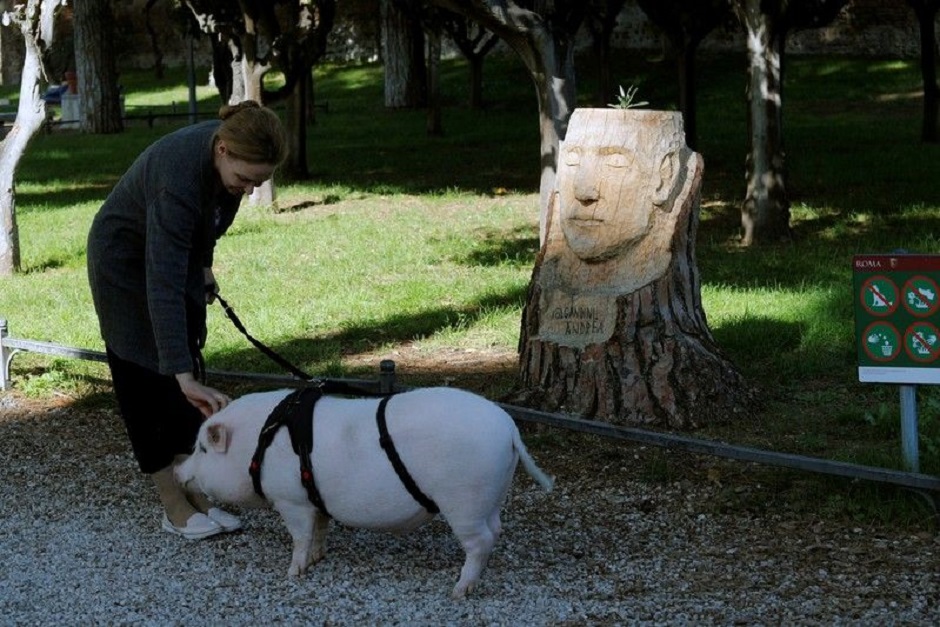 Despite the popularity of his work among locals and tourists, the Rome authorities have been less enthusiastic.

Although there is no law that forbids people from carving dead tree stumps, police have threatened to ban him from historic areas using tough new rules drawn up in recent years to maintain decorum.

Gandini says he loves nature and it hurts him to see the trees become a safety hazard. 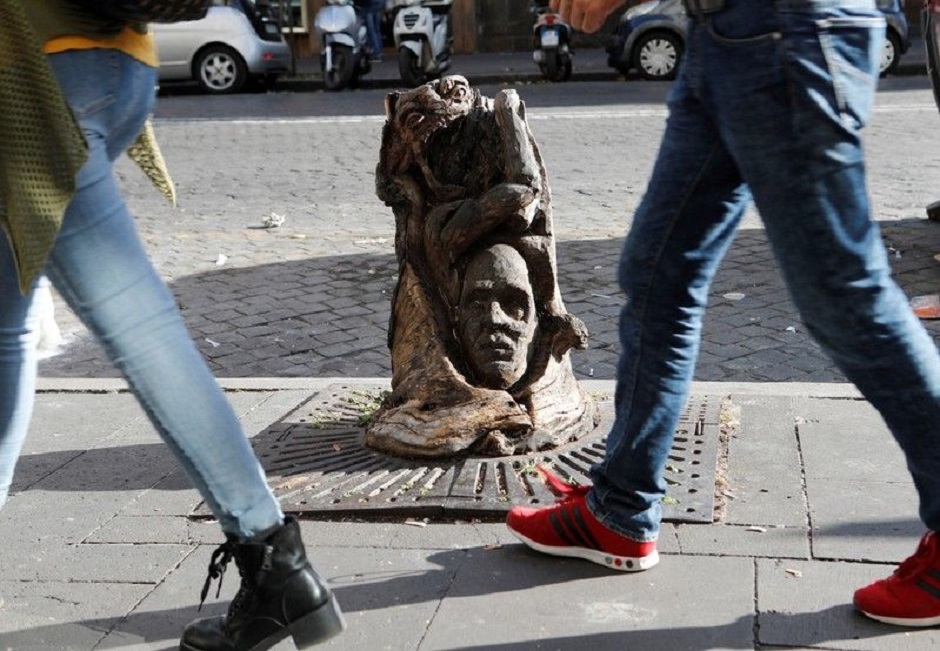 They often fall and smash cars during storms and city hall say some 86,000 need to be specially maintained or chopped down.

“If nothing changes in 10 years there will be hardly any trees left,” Gandini said.

Andrea Gandini, 22, is turning dead tree stumps in Rome into artwork. So far he has converted 66 stumps into sculptures https://t.co/DtpJRXb6vQ pic.twitter.com/4JhcIoM4MW