Not sure whethe­r its the 'royal' confli­ct or just the 'royal' distan­ce keepin­g them apart
By Entertainment Desk
Published: October 21, 2019
Tweet Email 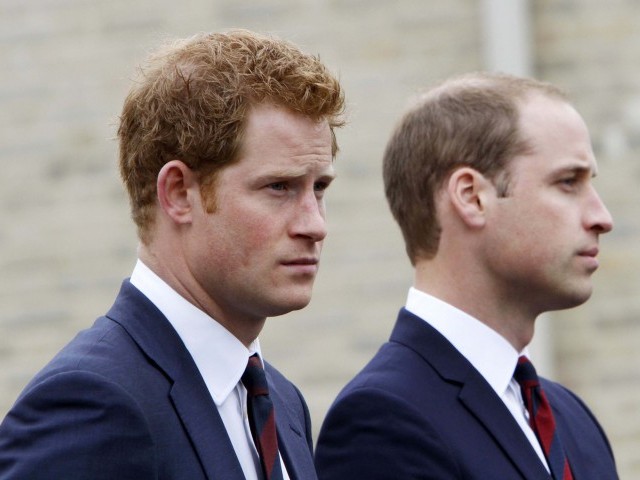 In a recent turn of events, following the succesful tours of Prince Willian and Prince Harry in Pakistan and Africa respectively, the latter has revealed that his brother him are now “on different paths” and have “good days” and “bad days” in their relationship.

In an interview with ITV, the Duke of Sussex acknowledged that “inevitably stuff happens” in response to a question concerning the rumours about his brother and him having a rift.

He further claimed that it is due to the high-profile role and the pressure the family faces, which leads to conflicts. However,  during his recent tour of southern Africa with his wife Meghan Markle, he said: “We are brothers. We will always be brothers.

It appears that the different path may solely be referring to the distance between them and not a conflict however the Duke further admitted that there are problems, but added that mountains are being created out of mole hills.

“Majority of the stuff is created out of nothing but as brothers, you know, you have good days and you have bad days.”

Meghan has also been rumoured to have feuded with Kate Middleton, described the past year as “hard” and said her British friends warned her not to marry Harry.

In light of recent events, the Duchess of Sussex has also had to face an increasingly hostile press, which she admitted to have suffered because of, in a scene from the duo’s documentary together.

It seems the now mother-of-a-prince did not expect the tabloids luxuriating in stories about her fractured American family and the rumours of palace rifts. However, the couple launched legal action this month against British tabloid the Mail on Sunday for invasion of privacy.

Meghan said: “When I first met my now-husband, my friends were really happy because I was so happy, but my British friends said to me, ‘I’m sure he’s great but you shouldn’t do it because the British tabloids will destroy your life’.”

When further questioned about how she will cope, Meghan said: “In all honesty I have said for a long time to H — that is what I call him — it’s not enough to just survive something, that’s not the point of life. You have got to thrive.”

‘Maleficent 2’ finally knocks over ‘Joker’ after a slow start