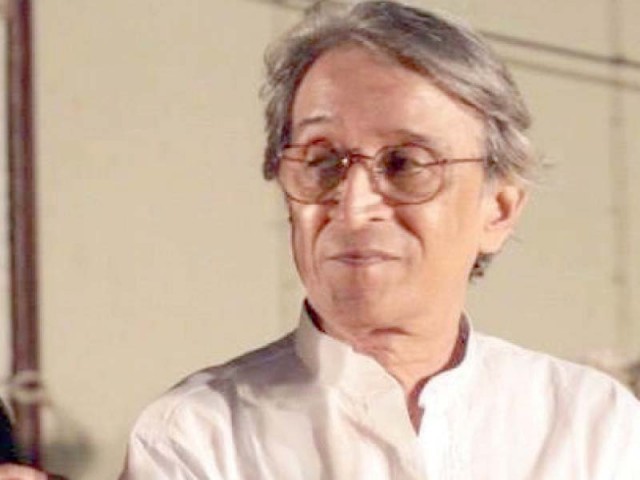 KARACHI: On a sombre October evening, journalists – old and young – academics, intellectuals, poets and thinkers, family members and loved ones gathered in the conference hall at the Karachi Press Club in remembrance of a friend, a teacher, a mentor departed. As those who knew him well, recalled tales of Abul Hasanat’s resilience, resolve, and courage, Hasanat sahib’s presence, and absence, could be acutely felt.

Nearly each speaker acknowledged that if Hasanat sahib could hear what they were saying – and they all believed he could – he would regard their words with utmost suspicion for flattery, which was never something he cared for.

As Maheen Rashidi, a former colleague of Hasanat sahib from his days as the City Editor at Dawn, recalled, “Hasanat was a man of many contradictions. While he was reserved in demeanour and slight in build, he was robust as a personality and in his arguments about rights and wrongs of our society”.

It was Hasanat sahib’s staunch principles and his grumpy, grouchy persona that often put him at odds with those around him. “Most times, in fact all the time, he was not the easiest of persons to deal with. Stubborn, mule-headed and refusing to budge from his point of view,” said Rashidi.

As Rashidi put it, “his disregard for diplomacy and aversion of towing the right line, did not sit well with people who feed the media’s economy. Hence, his tenure as the city editor was eventually cut short”.

For Rashidi, however, that hard exterior was merely a façade, an armour to guard the warm heart within. And for those willing to learn, Hasanat sahib was the most impressionable teacher.

“He was a one-man educational institute and so many of us who have worked with him would vouch for that. For me, he was a go-to encyclopaedia on so many different issues,” said Rashidi.

Recalling Hasanat sahib’s days at Dawn, Rashidi noted that Hasanat sahib’s “passion for the city’s governance and its multiple issues made him the perfect choice to lead the newly designed metropolitan section of Dawn, which was a sub-division that he actually helped conceived and launched”.

Others too, spoke fondly of Hasanat sahib’s determination to speak the truth and his absolute disregard for whose feathers were ruffled by the truth.

Shafiqur Rehman Paracha, a former bureaucrat, reminisced that he would often wonder why he, a government officer, was friends with Abul Hasanat, a journalist, and a fearless one at that. “I am bound by policies and he is courageous. I used to work by files and handouts [press release] and he was used to work based on research and fact-finding. But I believe in saying the truth, and it is even better if somebody else says it. So, I found in him a friend who used to say the truth which I wanted to hear but couldn’t say myself.”

Ziauddin University Vice Chancellor and the former vice chancellor of Hasanat sahib’s alma mater Karachi University, Peerzada Qasim, paid tribute to Hasanat sahib’s talents as a writer. “His writings speak of his exemplary creativity, there are few like him now who can write as creatively”.

Former editor of Dawn, Saleem Asmi, noted that Hasanat sahib, like his father, Abul Akhyar, who too was a renowned journalist, was devoted to the field. “Both of them never compromised on their work.”

Former federal minister Syed Safwanullah, Shakeel Farooqui, a professot at KU and others too spoke on the occasion. They recalled Hasanat sahib’s love for his family, his father in particular, his commitment to journalism and his love for KU. Farooqi, walked the audience through his memories of evenings spent in KU in Hasanat sahib’s company, while Safwanullah recalled that Hasanat sahib was “a sincere friend, a caring father, loving husband and a helpful companion.”