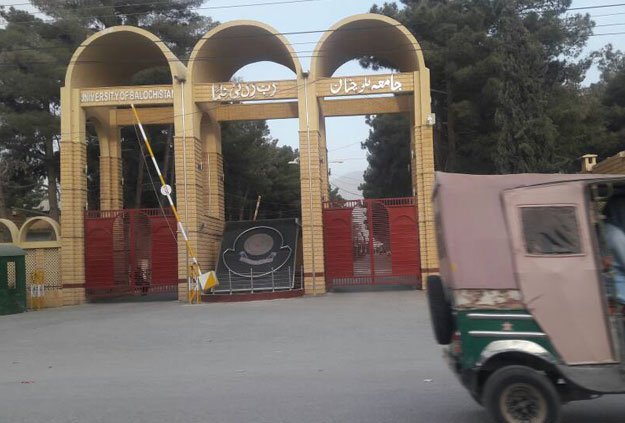 QUETTA: Various student organisations on Thursday staged a protest demonstration outside the Quetta Press Club against alleged harassment and blackmailing of students by some staff members of the University of Balochistan (UoB).

Organized under the banner of Students Educational Alliance, the leaders leading the protest said the UoB vice-chancellor was responsible for the entire scandal as, according to them, the VC was “head of the blackmailers and saviour of the culprits.”

Students also continued their protest at the UoB for the fourth consecutive day and marched through the campus to mount pressure on the authorities to punish the culprits.

A day earlier, the UoB’s Academic Staff Association had distanced itself from the scandal and pointed the finger at the university administration, including the VC.

Addressing a press conference at the Quetta Press Club on Wednesday, Professor Dr Kaleem Ullah Barech, representing the Academic Staff Association, had said their association had raised voice against varsity administration, including its financial and ethical corruption, for last several years

The scandal had come to light about a month ago when the Balochistan High Court (BHC) directed the Federal Investigation Agency (FIA) to investigate reports of students being harassed on the campus.