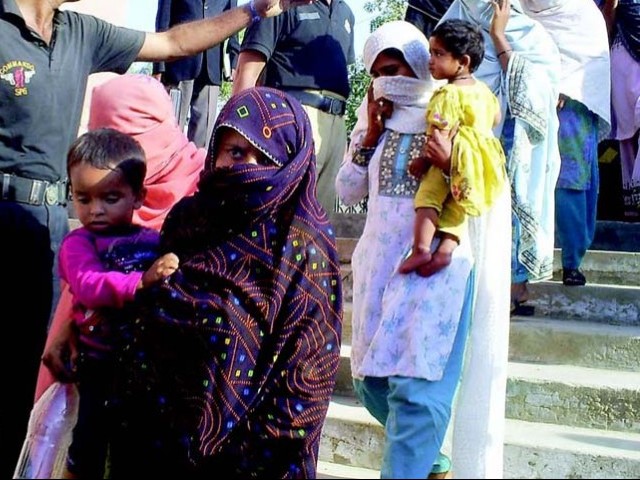 BHAKKAR: On the orders of the Bhakkar Deputy Commissioner Asif Ali Farrukh, six lady health workers (LHWs), a sanitary inspector and assistant officer have been suspended in the district for negligence during the anti-dengue campaign.

In Bhakkar district, 55 people have been diagnosed with the disease. These patients are the ones who returned from Rawalpindi and Islamabad to their homes in the district and were later diagnosed with the mosquito-borne disease. Reportedly, there is no local case of dengue virus found in Bhakkar at all.

Officers and employees of all the government departments of the district are in the field to end the virus and are putting all their efforts and energies to curb the disease. A total of 174 anti-dengue teams have been set up in 64 union councils in Menkara, Kalorakot and Darya Khan. These teams are checking dengue on a daily basis throughout the district.

The DC told The Express Tribune that around 500 legal notices have been issued by the health department across the district to ensure cleanliness and to prevent the possible spread of dengue virus at water pools, tyre shops, ice factories, tube wells, garbage boxes and bus terminals in different areas. The district administration has been fully mobilised to tackle the issue.

The dengue virus is nourished in the human body and spreads through bites of either the yellow fever mosquito or the Asian tiger mosquito.

After mosquito bites, the virus transmits through the insect after two to four days to a healthy person. These mosquitoes bite human beings between 8am and 5pm. To eliminate dengue, it is necessary to clean water bodies and spray doors on houses, offices, schools and shops. it is also essential to keep the doors closed for an hour, clearing water collection utensils like pots, drums, buckets, tubs and tanks.

Regular use of shopping bags and used bottles should be avoided to prevent dirt from accumulating in these items. Cages of birds and animals and water pots should be constantly cleaned and water from fountains, waterfalls and swimming pools should be drained. The district administration is also distributing pamphlets for awareness on dengue prevention.

These special dengue wards have been designed to provide all the medical facilities to the patients suffering from dengue, he added. “In Bhakkar district, all water ponds have been removed so that the dengue larvae cannot breed. Around 55 dengue cases in the district have registered of patients who travelled from Rawalpindi and Islamabad.”

More than 49 homes have been sprayed besides these patients to kill the dengue mosquito, he further said. “Dengue larvae have also been removed by pouring medicines into hundreds of water ponds.”

Darya Khan Assistant Commissioner Asad Chandio highlighted that all arrangements for the eradication of dengue were completed on the orders of the DC. “The awareness campaign has been launched in schools and colleges on a daily basis to hold seminars, walks and ceremonies for which results are being produced by the municipal committee staff regarding drainage in their areas, streets and neighbourhoods.”

Dengue is dangerous but it is certainly a preventable disease, he added. “One should not be afraid but to fight against it. In the current season, the risk of a dengue outbreak can be high, but taking precautionary measures can prevent the outbreak.”