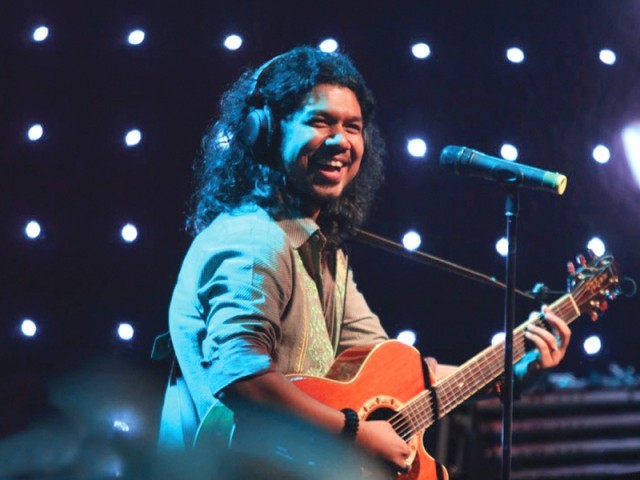 Despite mounting allegations that “Coke Studio @ MTV” is heavily influenced by Bollywood music, producer Leslie Lewis and his band of musicians managed to produce some tracks with a distinct Indian sound in the latest episodes.

Since most Indians have accepted and developed a taste for Bollywood music, the slightly different arrangements and unique performances in the recent episodes were not widely appreciated in the country. So far, the response from the Indian audience has not been positive and the show’s Pakistani counterpart is still followed more. However, having said that, it will take a couple of seasons to make the Indian audience accustomed to more sophisticated forms of Indian music.

Keeping in mind the way “Coke Studio @ MTV” has evolved in terms of quality instrumentation, it would not be an overstatement to say that in couple of seasons, the show will become the centre of world music fusion. If the team remains unaffected, despite the lack of support from the Indian public, this platform has the potential of bringing a revolution into the long stagnant state of Indian pop and film music.

Originally composed as a lively song by Sanjeev Thomas — the lead guitarist for AR Rahman in his studio recordings and live concerts — with the Rainbow Bridge band, “Indian Jadoo” uses lyrics from the classical Bollywood song “Ankhiyan Milaon Kabhi Ankhiyan Churaaon”. Popular folk singer Chinna Ponnu laces the song with Tamilan street folk, giving it a new flavour. This was a smart choice in which Lewis, along with his house band and featured performers repackaged a well known Bollywood dance number in a unique way. The video of the original song comprises Madhuri Dixit dancing around Sanjay Kapoor in a garage, “Coke Studio @ MTV” on the other hand, has dissected the whole song to make it more sophisticated and soothing to listen to.

Originally from Kailash Kher’s debut album Kailasa, the song talks about the madness one experiences when he or she falls in love. It reflects the amount of influence legendary singer Nusrat Fateh Ali Khan has on Kher’s music. The use of harmonium and tabla, supported by a catchy bass guitar playing, makes the song unique and powerful. The song, due to its similarity with classical-pop arrangements used in Pakistan, is especially appealing to listeners here.

A medley of romantic Bihu songs sung usually during the onset of the Assamese New Year and the beginning of a new season, “Bihu Naam (Pak Pak)” takes one on a voyage into seasonal celebrations. Such an elaborately traditional song — famous in the northern parts of Assam — can only come from a place as culturally and musically rich as India. Due to brilliant work on the bass guitar, drums and percussions, the song came out as a successful ensemble piece. Various traditional instruments were used to create the sounds of birds chirping with all the members of the band chanting in order to give it celebratory feel. More of these sort of songs can give “Coke Studio @MTV” the identity that the team is looking for.

An original composition by Lewis, “Jhakki Dil” was revisited in “Coke Studio @ MTV” by musicians and featured artists. Although the average Pakistani audience might classify it as a typical Bollywood number, the song is still a commendable effort due to its musical arrangement.

The melody of the song is foot-tapping with a funky groove and the way Lewis has utilised the instruments, especially the percussions, gives the song a very upbeat and contemporary feel — a rarity in Indian music. Although, the melody failed to offer anything new, the use of live instruments strengthened the song.