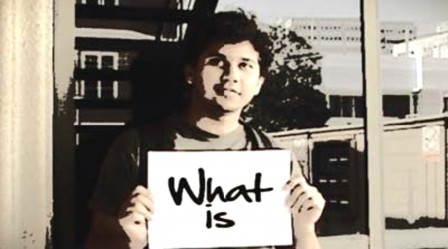 Filmmaker Faraz Siddiqui is counting on Pakistanis to catapult him to victory by voting for him in a YouTube contest.

Siddiqui’s video Democracy is the message by people was voted to be one of the best out of hundreds of entries submitted to YouTube. Six winners, one from each region, will be chosen who will get to go on an all-expense paid trip to Washington, New York and Hollywood to attend gala screenings of the winning videos, gain exposure to the US film and television industry and meet with creative talent, democracy advocates and government leaders.

Siddiqui is up against two Nepalese contestants in the South and Central Asia region. He is a filmmaker, photographer and graphic designer who has been working in the field for eight years. He is currently doing his bachelor’s degree in computer arts from private university in Karachi.

Siddiqui told The Express Tribune, “Our effort brought us in the finals but now the voting of 170 million Pakistanis can make us win this competition.”

The young filmmaker said that he found out about the competition just two days before the deadline and after doing some research and brainstorming decided to go with the theme Democracy is the message by people.

He also runs a design and production house by the name of Collage whose aim he says is “to spread love and peace, inspire the youth and spread this message through the art of film making.”

“Photography, short films, documentaries and motion pictures is how we are heard by the world, and we believe in broadcasting. This is the chief reason we participated in the Democracy Video Challenge,” he said.

According to him, his submission “is all about people, from students (the future of our country) to street hawkers (who also contribute to the present of our country). We have shown their message according to their needs and demands.”

Siddiqui isn’t hogging all the credit though. He thanked the colleagues who worked on the video. “M Arsalan Aslam and Izhar Shah were the main brains behind post production. From the first shoot to the time we uploaded and sent the video, they worked like robots. This video would not have been completed without their hard work and determination.”