12 others injure­d in incide­nt as shells slam into house.
By AFP
Published: July 13, 2011
Tweet Email 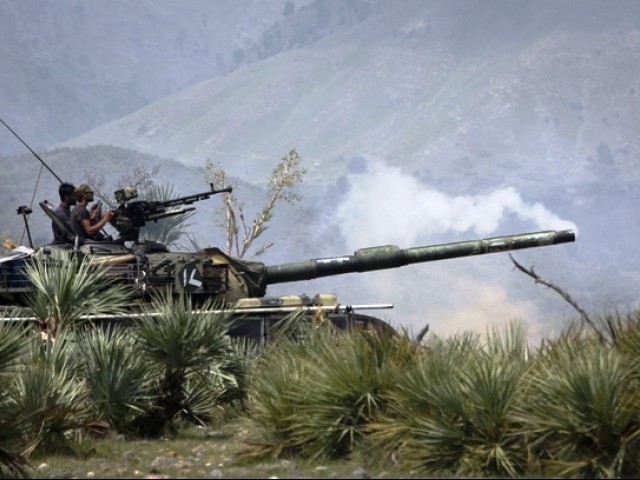 Mortar shells fired from across the border in Afghanistan killed at least two women and wounded 12 others. The shells slammed into a Pakistani house on Tuesday, officials confirmed.

It was the latest in a series of deadly cross-border incidents that have raised tensions between the neighbours, but it was not immediately clear who fired the shells.

The mortar rounds exploded in Gabri village, 60 kilometers northwest of Khar, the main town in the restive Bajaur tribal district.

Hundreds of Afghans took to the streets in the eastern town of Jalalabad on Monday chanting “death to Pakistani invaders” to protest against cross-border attacks that they claim have killed dozens of people.

In recent weeks, tensions have sharply risen on the border between Pakistan and Afghanistan’s Kunar and Nangarhar provinces, which villagers say have been bombarded with hundreds of rocket attacks.

Pakistan says its security forces may have fired a few accidental rounds into Afghanistan while pursuing militants.

It also says that insurgents from Afghanistan have crossed the border to attack security checkpoints.