US ran fake vaccine project in Pakistan to hunt for Bin Laden: Report

US ran fake vaccine project in Pakistan to hunt for Bin Laden: Report 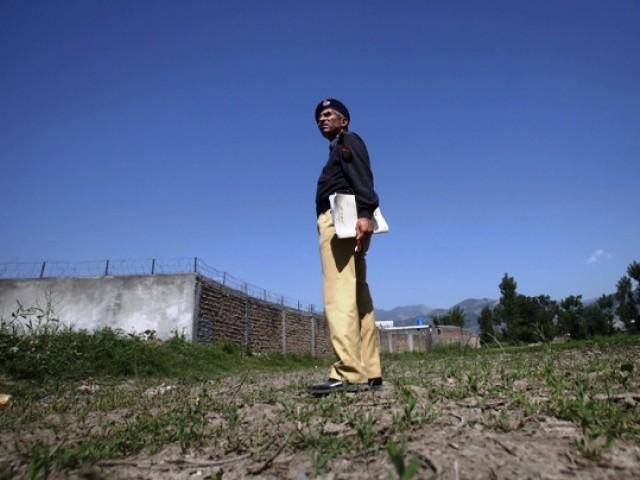 A policeman is seen keeps guard outside the compound where al Qaeda leader Osama bin Laden was killed in Abbottabad May 3, 2011. Pakistani intelligence agency has arrested up to 40 people believed to have been working with the CIA. PHOTO: REUTERS

LONDON: US intelligence launched a fake vaccination drive in the Pakistan town where it believed Osama bin Laden was hiding in an effort to gather DNA from members of his family, the Guardian reported Tuesday.

CIA officials recruited a senior local doctor to organise the campaign after it tracked down a bin Laden courier to what turned out to be the al Qaeda fugitive’s compound in the town of Abbottabad, the British newspaper said.

Before launching the high-risk operation against bin Laden, US officials wanted to test DNA samples from people living at the compound with a sample that they had from his sister.

Doctor Shakil Afridi, who has since been arrested by Pakistan’s Inter-Services Intelligence agency, launched the programme in Abbottabad’s poorest area to make it appear more credible.

The project then moved swiftly to the Bilal Town suburb, where bin Laden was residing.

“The whole thing was totally irregular,” a Pakistani official told the newspaper. “Bilal Town is a well-to-do area. Why would you choose that place to give free vaccines?”

A nurse managed to gain access to the compound but Pakistani sources claim she failed to obtain any DNA samples, the Guardian reported.

Bin Laden was killed on May 2 in a raid that soured US-Pakistan relations.

The Pakistani military on Monday insisted it was capable of fighting militants without US assistance, hitting back after Washington said it would suspend $800 million worth of security aid.