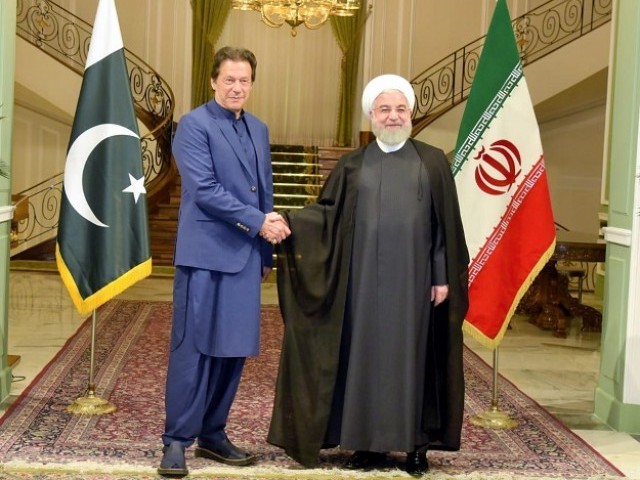 ISLAMABAD/TEHRAN: On a mission to mediate between Iran and Saudi Arabia to lower tensions in the Middle East, Prime Minister Imran Khan arrived in Tehran on Sunday afternoon for talks with Supreme Leader Ayatollah Sayyed Ali Khamenei and President Dr Hassan Rouhani, a move welcomed by Iran.

In his meeting with President Rouhani, the premier reiterated that Pakistan attaches high importance to bilateral ties with Iran. 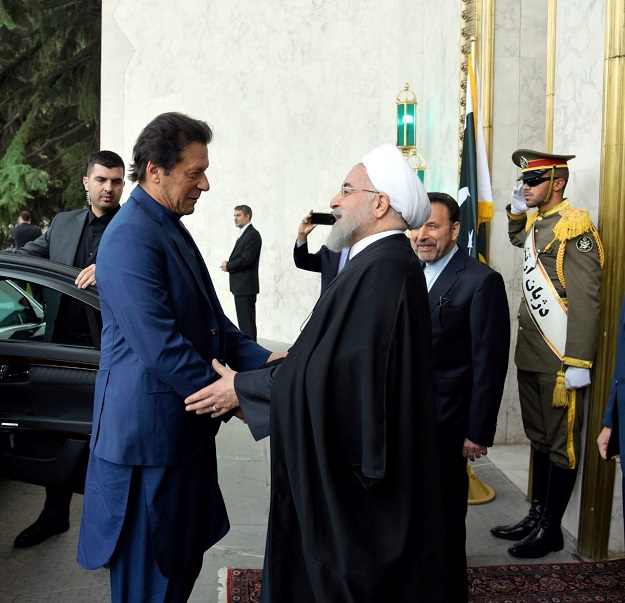 This was the second meeting between the two leaders within the span of a month. They held wide-ranging consultations and PM Imran asserted that Islamabad was willing to play its role for strengthening peace and stability in the region. 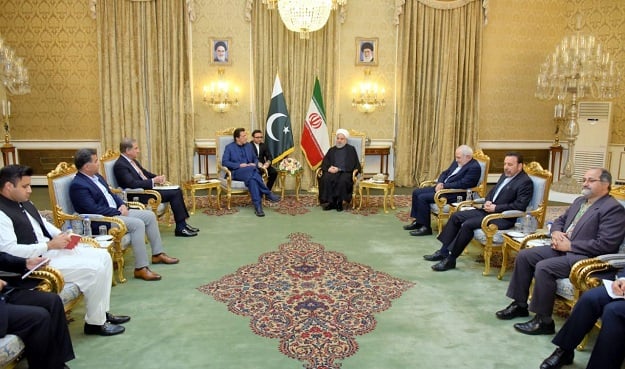 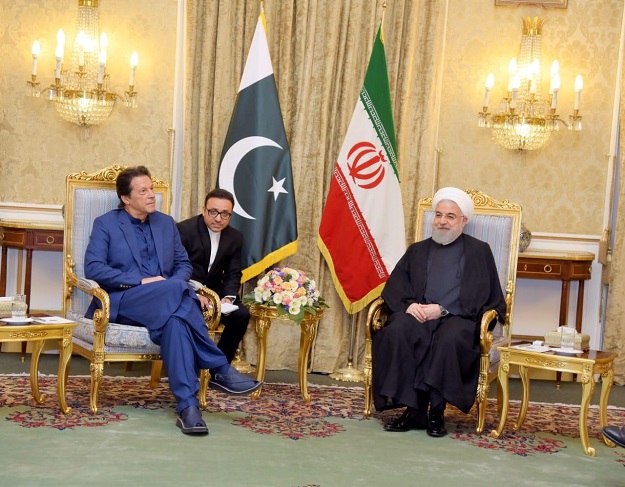 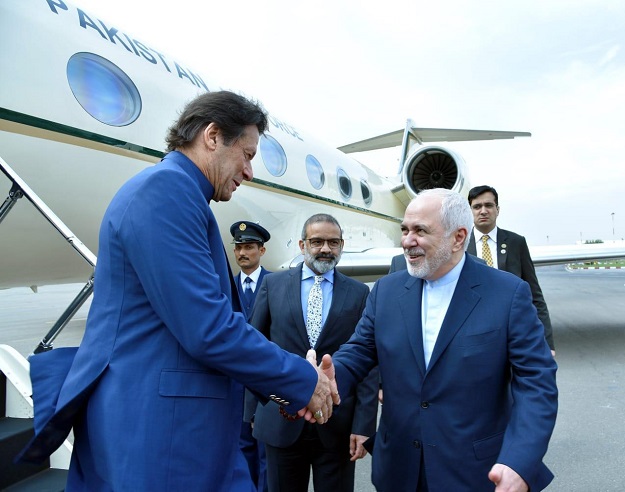 PM Imran Khan is received by Iranian FM Javad Zarif on his arrival in Tehran on October 13. PHOTO: PID

PM Imran and his delegation were accorded a warm welcome and were received by Iran’s Foreign Minister Javad Zarif. 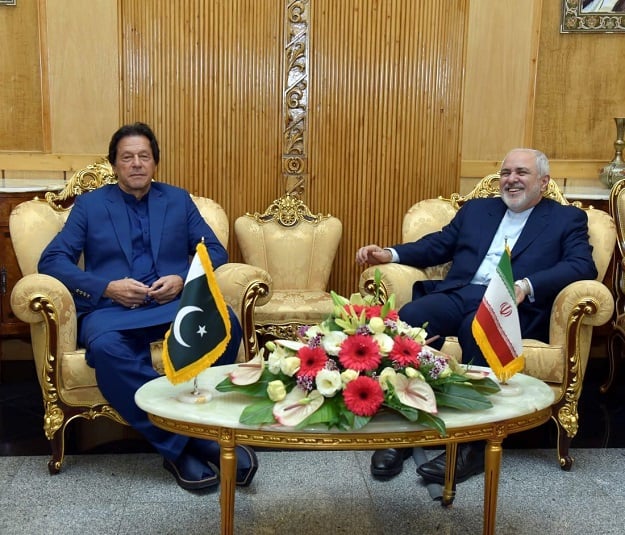 Earlier, Zarif said that Iran welcomed efforts by intermediaries to arrange talks with Saudi Arabia, including those by Prime Minister Imran. The foreign ministry in Tehran said the country “is always ready to hold talks with its neighbours, including Saudi Arabia.

This is PM Imran’s second visit to Iran this year. Last month Imran also had a bilateral meeting with the Iranian president on the sidelines of the 74th UNGA session in New York.

In New York, Imran had said that he had been asked to mediate between Iran and Saudi Arabia by US President Donald Trump and the Saudi Crown Prince Mohammed bin Salman.

In an interview with Turkey’s TRT World, Zarif welcomed efforts by intermediaries to arrange talks with Saudi Arabia, including those by Imran. “We’ve always been open to discussing anything with Saudi Arabia. Saudi Arabia is our neighbour. We’re going to be here together permanently,” he said.

“We don’t have any choice but to talk to each other, and we have been open to talking to Saudi Arabia either directly or through intermediaries,” Zarif noted.

“We’ve never rejected any intermediary…,” Iran’s Press TV quoted him as saying in the interview.

On the eve of Imran’s visit, Iran’s Foreign Ministry spokesman Abbas Mousavi said Tehran was prepared to hold talks with Saudi Arabia, with or without the help of a mediator.

However, he declined to confirm any mediation efforts by a third country. “I am not aware of any mediation,” Mousavi said, according to state broadcaster IRIB.

“Iran has announced that, with or without a mediator, it is always ready to hold talk with its neighbours, including Saudi Arabia, to get rid of any misunderstandings,” Mousavi added.

The kingdom has said it prefers a political solution to a military one.

After talks with Iranian leadership in Tehran, Prime Minister Imran is also expected to visit Riyadh.

In his interview with TRT, Zarif also emphasised that Saudi Arabia needed to start good relations with its neighbours if it wanted to be secure. “Buying weapons will not buy you security. If Saudi Arabia wants to be secure, the best way is to end the war in Yemen, to start good relations with its neighbours and the neighbourhood, and not to trust the US,” he said.

The top diplomat also referred to a peace plan, officially called Hormuz Peace Endeavor (HOPE), proposed by President Hassan Rouhani during his recent speech at the General Assembly, saying the initiative calls on “all eight countries in the Persian Gulf region to join in an attempt to bring peace through dialogue.”

When asked about Turkey’s operation in the Syrian border regions, Zarif offered to engage Syrian Kurds, Syria’s government and Turkey in talks to establish security along the Turkish-Syrian border.

Zarif referred to a 21-year-old security accord that required Damascus to stop harbouring Kurdistan Workers’ Party (PKK) militants who waged an insurgency against the Turkish state.

“The Adana Agreement between Turkey and Syria – still valid – can be the better path to achieve security,” Zarif said. “Iran can help bring together the Syrian Kurds, the Syrian Govt and Turkey so that the Syrian Army together with Turkey can guard the border,” he said in a tweet which carried part of an interview he did with TRT World.

Iran, a close ally of Syrian President Bashar al-Assad, has regularly urged Turkey to respect Syria’s territorial integrity and avoid military action in north-eastern Syria. Damascus has said it is committed to the Adana accord.