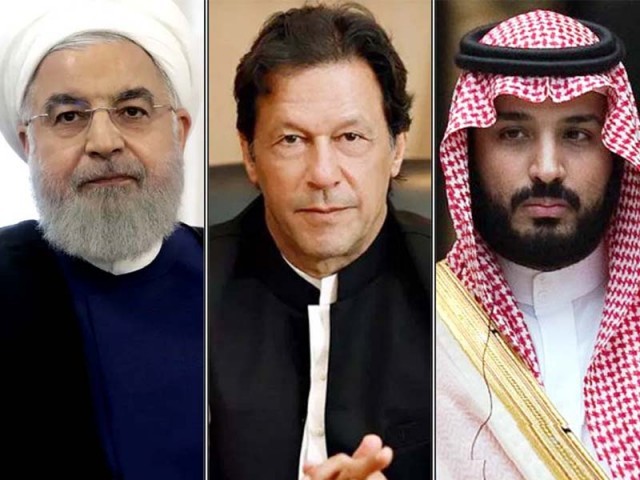 ISLAMABAD: Prime Minister Imran Khan is set to visit Tehran on Sunday as part of Pakistan’s efforts to defuse worsening tensions between Iran and Saudi Arabia, officials said on Friday.

The groundwork for the prime minister’s mediation tour was laid during an unannounced visit of a top government official to Iran and Saudi Arabia in the last week of September, sources with the knowledge of the discreet diplomacy told The Express Tribune.

During his visit to both the capitals, the official held talks with senior Iranian and Saudi authorities to help defuse tensions. There is no official confirmation of the secret visit, but it is believed to have covered some ground, encouraging Prime Minister Imran to travel to both the countries.

According to observers Pakistan’s sustained efforts show that Islamabad is far more serious in brokering a deal between Iran and Saudi Arabia.

Interestingly, the visit came within days after Prime Minister Imran held talks with US President Donald Trump and Iranian President Hassan Rouhani on the sidelines of the UN General Assembly session in New York.

Imran also made a stopover in Riyadh to meet the Saudi Crown Prince Mohammed bin Salman before departing for New York. Imran later told reporters that both the Saudi prince and the US president had asked him to mediate with Iran.

Tensions between Iran and Saudi Arabia have seen a sudden spike after Saudi oil facilitates came under missile attacks on September 14. Both the US and Saudi Arabia accused Iran of being behind the drone strikes, although Tehran rebutted the claims.

Houthi rebels in Yemen, however, claimed responsibility for the attacks that suddenly led to an increase in oil prices in the international market.

It was believed that the threat of an immediate conflict in the Middle East had been prevented after efforts by certain countries, including Pakistan and Iraq.

The New York Times recently reported that Saudi Arabia and Iran were indirectly talking to each other, after the Saudi prince requested Pakistan and Iraq to help defuse tensions.

This was not the first time Pakistan is trying to mediate between Iran and Saudi Arabia, which had been at loggerheads for years because of their divergent strategic interests in the Middle East.

Last time Pakistan had attempted to defuse tensions between the two countries over the conflict in Yemen. Pakistani leaders, including the then army chief General Raheel Sharif who is now the head of the Saudi-led coalition of Islamic countries against terrorism, visited both Iran and Saudi Arabia but those efforts had made little headway as unrest continued in Yemen.

This time, officials in Islamabad, are confident that Pakistan might help defuse the crisis.