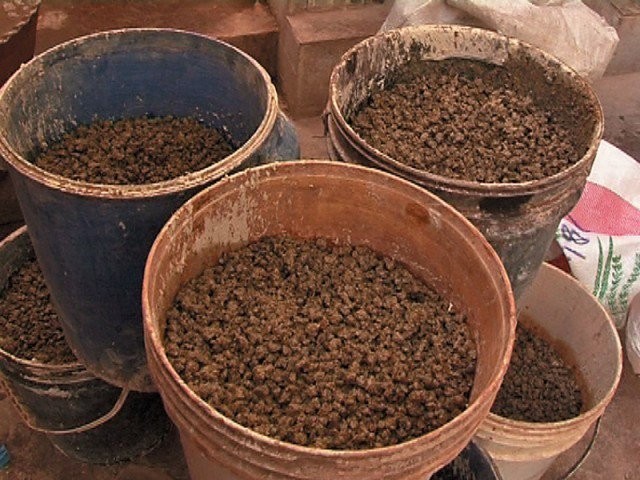 KARACHI: The Sindh High Court (SHC) came down hard on the police and other law enforcement agencies on Wednesday for their failure to stop the manufacture and sale of gutka, mainpuri, mawa and other such products, while directing the Rangers to take up the task and immediately start a crackdown against the manufacturers and smugglers.

In a nine-page written order passed by the two-member bench, comprising Justice Salahuddin Panhwar and Justice Shamsuddin Abbasi, the court laid out an extensive course of action to stop the sale of gutka, which it observed had become a “menace”.

During the hearing, the court heard from medical experts and doctors that the consumption of gutka and related tobacco chewing products had caused thousands of consumers to contract cancer, with over 10,000 cases being reported at the Jinnah Postgraduate Medical Centre alone in the last five years.

The court was hearing the plea filed by Advocate Muzzamil Mumtaz, who contended that the raw material for the preparation of gutka, mainpuri and mawa was being smuggled from other countries, and while the Pakistan Coast Guards and police were privy to the operations they weren’t taking any action.

The court, therefore, directed the Rangers DG to start a crackdown against smugglers and manufacturers in their own departmental capacity as well as assist the police in its actions.

The court was informed by the plaintiff that the police were “involved in the menace” and that in one case, Mochko Police, whose jurisdiction lies at the border of Sindh and Balochistan, had apprehended 17,000 tonnes, but only 6,000 tonnes were shown. The petitioner contended that the police are paid a monthly sum by the smugglers and manufacturers to turn a blind eye to the operations. “If the allegation has a little truth in it then it could only result in the conclusion that ‘sale of such huge quantity of gutka‘ was made by the police itself, because it [remaining quantity] was never brought to light,” the order states. “Such conclusion, we have to acknowledge, is very grave,” it adds.

The court further observed that gutka is being sold openly at shops and cabins and anyone, regardless of their age and gender, could purchase it. This, the judges remarked could only mean that either the police had failed in performing their duties or “such sale was being done with implied consent/permission of the police.”

During the hearing on Wednesday, Justice Panhwar questioned whether the government wanted the whole nation to get affected by mouth cancer. “People serving in the police and the assembly are also involved in the crime because gutka cannot be sold on such a large scale without their support,” he remarked. “Police are aware of who is involved in manufacturing gutka and where,” he added.

The Legal Additional Inspector General of Police told the court that 11 cases had been registered in five days under Section 337 against manufacturers and sellers of gutka.

At this, the court questioned how many SSPs had been taken to task. “Things cannot get right unless action is taken against these officials,” said Justice Panhwar. “What share of the monthly does the IG get? Why don’t they take action against the elements involved if the IG doesn’t get a share?” he questioned, adding that everything would be revealed if the assets of SSPs are investigated. “The case should be forwarded to the NAB and FIA. The assets of police officials should be investigated. The poor officials who get there on the basis of merit also start doing the same to achieve a greater post and defame feudal lords,” he said.

In its written order, the court directed the Sindh Police chief to seek explanations from all SHOs regarding the sale of gutka in their respective areas. “The IGP Sindh is expected to come forward with some mechanism so as to eliminate the grave charge of the monthly system,” the order states.

“Living beyond means is itself an allegation requiring the public servant to render a plausible explanation,” the orders read, adding that failure to furnish an explanation would result in the case being forwarded to the “quarter concerned (agencies dealing with corruption)”. The court warned that if both avenues failed, the “failure in discharge of a legal duty shall always be opened to be hammered by this court”.

Meanwhile, the court was informed by the Sindh law secretary that a bill on gutka and related tobacco chewing products has been referred to the standing committee on law and parliamentary affairs and will be sent back to the assembly within a week.

At this, the court observed that the “manufacturers are the ones, who for financial benefits, brought up such menace and even motivated responsible officers to become negligent.” The court directed the law secretary to bear in mind the ill-gotten wealth of the manufacturers while drafting the law.

The petitioner also contended that the legislation includes penalties for abettors. The court, agreeing with him, observed that even a “phone call” would count as abetment. “Such like persons are, in fact, silent perpetrators who even use their influence for violation of Article 4 of the Constitution i.e. compelling police officer not to do what the law demands from him,” the order reads. The court ordered using the call data record in such cases to expose such abettors and bring them to justice.

Directing the Rangers to crackdown against those involved in the sale and manufacture of the tobacco-chewing products, the court adjourned the hearing till November 18, when the law and health secretaries and the food authority DG would appear before it.

No headway in Namrita’s death