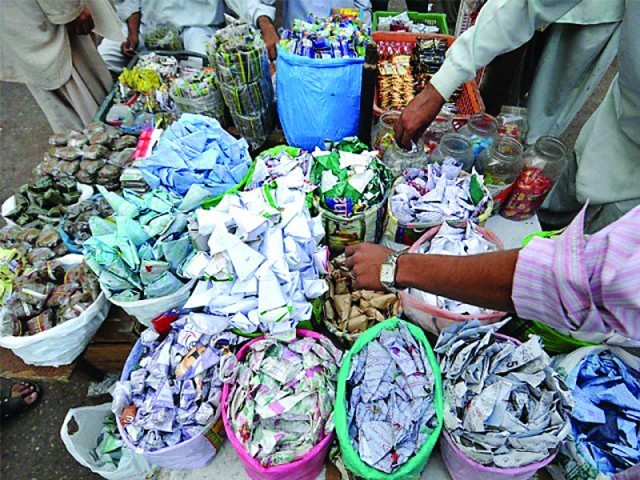 RAWALPINDI: All claims of patriotism fall to the ground when people of Pakistan fondly consume smuggled goods from India, in spite of all the atrocities being carried out in Indian Occupied Kashmir. At least 41,000 packets of Indian gutka, a type of tobacco chew, were seized from Rawalpindi’s commercial hub of Namakmandi on Wednesday. Gutka is a chewing tobacco preparation made of crushed areca nut, tobacco, catechu, paraffin wax, slaked lime and sweet or savory flavourings. Acting on a tip-off, Punjab Food Authority (PFA) conducted a raid in Namakmandi area and seized more than 41,000 packets of smuggled Indian gutka. PFA Director General Muhammad Usman along with his team conducted a raid on secret information. He added that 41,588 precisely were recovered from a warehouse which was later sealed. Similarly, PFA continued raids on the day and sealed five warehouses for supplying adulterated red chilies powder. The authorities collectively seized 2,817 kilogrammes of red chilies powder in the operation.