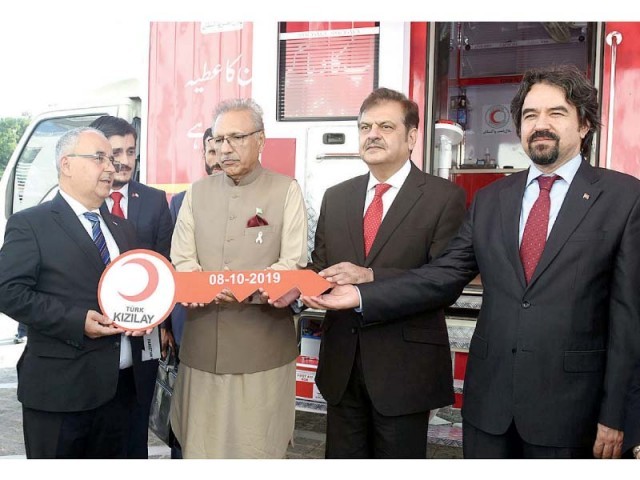 ISLAMABAD: President Dr Arif Alvi urged the country’s youth to donate blood after every three months to cater to the blood requirement of patients suffering from various diseases including Thalassemia. Speaking at a function organised by Pakistan Red Crescent Society in commemoration of 2005 earthquake victims, he said. “It is our nation’s character that it never let a good activity stop and participates in it wholeheartedly,” he said and cited the example of 2005 Earthquake. The president said that people came out of their homes for helping their compatriots and there were over 15 hour long traffic jams due to long lines of vehicles carrying aid for earthquake victims. Alvi said this is the sign of a rising nation. and said that Pakistan hosted more than three million Afghan refugees. Turkey is hosting millions of Syrian refugees, he said. The president said that it was the legacy of Muslims that they helped others by sacrificing themselves and quoted example of Prophet Muhammad (PBUH). He also thanked Red Crescent Turkey on donation of mobile blood donation unit and first aid merchandise. Alvi said that Turkey also hugely supported and helped Pakistan in 2005 earthquake.