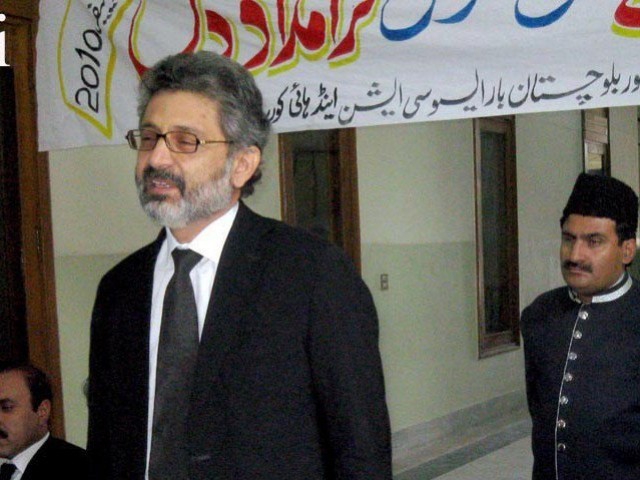 ISLAMABAD: The Supreme Judicial Council (SJC) has questioned ‘maintainability’ of a constitution petition filed in the top court by Justice Qazi Faez Isa against a presidential reference and contended the SJC’s proceedings are immune from a judicial review under Article 211 of Constitution.

The SJC is the only forum for initiating action against judges for misconduct.

The reference filed before the SJC in May this year accused Justice Isa of misconduct on account of non-disclosure of his family members’ assets. Justice Isa challenged the SJC proceedings in the apex court, raising serious questions over conduct of the SJC members, especially its chairman, the CJP.

Interestingly, the CJP on Sep 21 constituted a full-court bench headed by Justice Umar Ata Bandail to hear Justice Isa’s petition. The bench later sought reply from the respondents including the SJC.

The SJC on Monday submitted concise statement through Attorney General for Pakistan Anwar Mansoor Khan, who himself is a party in this case.  Superior bars are showing concern as to why the SJC submitted its reply through the AGP whose conduct is also questioned by the petitioner judge.

The council in its reply questioned maintainability of Justice Isa’s petition.

“It is with respect, submitted that proceedings before the Supreme Judicial Council are immune  from the judicial review by virtue of provisions contained in Article 211 of Constitution”.

The council, referring to its report in the 1971 Justice Shaukat Ali case, said function of the SJC is to properly review conduct of a judge in the interest of purity and honour of the judiciary.

“It is an inquiry by one’s own peers and it provides protection because they understand one’s difficulties, problems and the situation one is in”.

The SJC said it also believes that judicial independence and judicial accountability are ‘two sides of the same coin’, where the former ensures rule of law, very essence of democracy and the latter establishes public confidence in the judiciary which also means confidence in ethical public standard of a judge.

“Therefore, composition of the council, the nature of inquiry it has to conduct, the high constitutional position of the person whose conduct is inquired into are considerations that led the framers of the Constitution to oust the jurisdiction of this court to judicially review the proceedings before the council.”

It said in view of Article 5 read with the oath of office sworn by the chairman and members and judges code of conduct, it is constitutional obligation of the SJC to inquire into the conduct of a judge upon a reference is filed by the president of Pakistan.

It also denied all the allegations leveled against the council, its chairman, members and its secretary.  “All assertions of illegality, irregularity and impropriety allegedly committed by the council in proceeding with Special Reference No-1of 2019 and deciding complaint No 427/ 2019/ SJC are categorically denied”

However, lawyers, who are supporting Justice Isa, are expressing concern over submission of the SJC reply through the AGP Anwar Mansoor Khan, who is accused of using harsh language against the SC judge in his rejoinder to the council.

They say the SJC should have submitted written reply independently or engaged an independent counsel in this matter. Interestingly, the SJC did not discuss judgment in the Iftikhar Chaudhry case wherein the full court overruled bar of Article 211 on account of mala fide. Interestingly, despite passage of two weeks, the federal government has yet to submit concise statement over Justice Isa petition.

The Supreme Court Registrar Arbab Arif, who is also the SJC secretary, submitted a reply in the apex court, saying he holds all judges of the superior judiciary in the highest esteem and sincerely believes that all judges are worthy of the honour and respect bestowed upon them by the Constitution.

He said it is unimaginable and unthinkable on his part to undermine such honour and respect.  The 10-judge full court, led by Justice Bandial will resume hearing of Justice Isa case today (Tuesday).