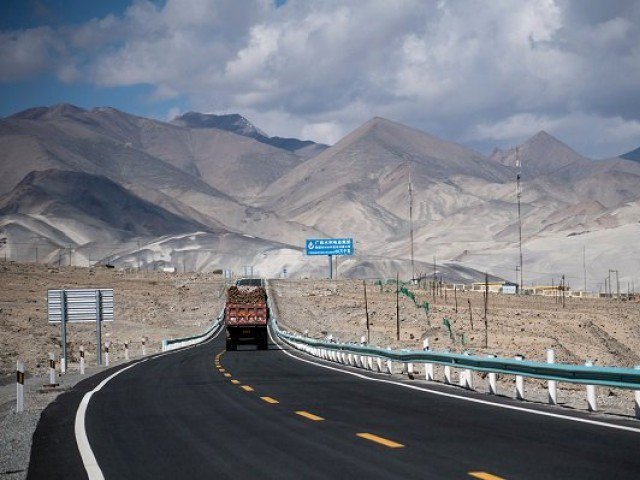 KARACHI: Chinese envoy Yu Jing on Friday said the Western media was creating a false narrative that his country wanted to achieve military or strategic designs in Pakistan through the China-Pakistan Economic Corridor (CPEC).

“The Western media is spreading lies that China wants to colonise Pakistan. This is totally baseless and wrong,” the Chinese ambassador to Pakistan said at a dialogue on CPEC hosted by the Karachi Council on Foreign Relations (KCFR).

“CPEC is the essence of the bilateral long-term relationship between China and Pakistan. It will develop infrastructure in Pakistan,” he added.

“CPEC is not going to guarantee a complete turnaround in the economy of Pakistan, but it is a small part of it. China is making a huge investment on a partnership basis.  We are helping Pakistan in various sectors including education, agriculture, social development, technology transfer, etc.”

PM Imran to visit China next week amid Kashmir crisis

The Chinese envoy said CPEC would not only connect China with Gwadar but also lead to Afghanistan and Central Asia. “We are trying hard to make this world a better place. Gwadar is an emerging port of Pakistan which has been a long-awaited dream for Pakistanis and their government,” he noted.

The ambassador said China was waiting for the Pakistani government’s free-zone policy, after which it would launch 19 projects in Gwadar alone.

“China is spending $40 million annually to keep Gwadar port functional as it has now started commercial operations as well. We send a commercial vessel every week to Gwadar port. In the next phase of the second Free Trade Agreement, we will establish manufacturing units of agriculture, seafood and other industries and that will also create jobs.”

Yu shared that the biggest issues of Gwadar were electricity and freshwater. “China will install a power plant of 300MW and a desalination plant with a capacity of 5,000 tonnes. We are also constructing a 200-bed hospital, education and vocational centres and a new international airport in Gwadar. Work on these projects will start from the end of this year,” he added.

“We are also considering a transit trade for Gwadar port. Chinese companies will invest $10 million in the fisheries sector alone and install seafood processing plants. We will purchase seafood from fishermen. It will also boost the local fisheries industry.”

The ambassador said China would stand by Pakistan for the resolution of the Kashmir dispute. “We are also working for Kashmiris to help them get their fundamental rights and justice. There should be a justified solution to the issue of Kashmir and China will stand by Pakistan for regional peace and stability,” he reaffirmed.

Speaking on the occasion, KCFR Chairman Ikram Sehgal said that certain forces were unhappy over CPEC and trying to spread negative propaganda against it. “If they are so sincere with Pakistan, then why don’t they invest here?” he asked.

Later, Sehgal presented a KCFR crest to the Chinese ambassador.

Kasur serial rapist: The making of a child molester