'It was spirit­ual, not politi­cal,' the star wrote
By Entertainment Desk
Published: October 4, 2019
Tweet Email 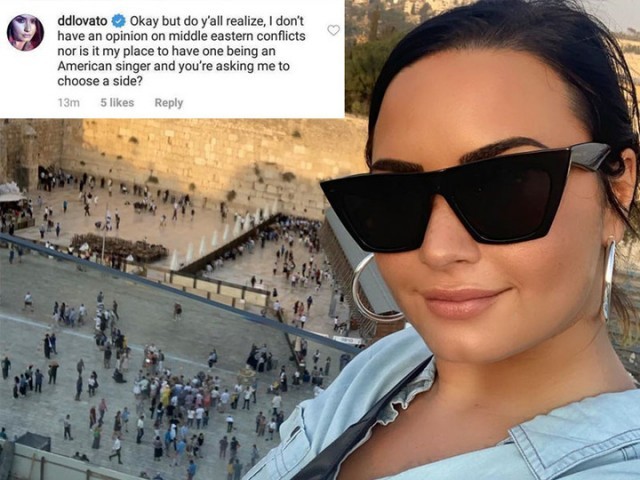 American-singer Demi Lovato is responding to the backlash over her recent trip to Israel, which instigated many followers to criticise her “spiritual” holiday.

The Stone Cold songstress claimed she is not taking a political stance on the Israeli-Palestinian conflict. She visited religious sites during her visit. Lovato has since felt compelled to post a detailed apology on her Instagram, where she admitted accepting a free trip to Israel “in exchange for a few posts,” reported TMZ.

“I’m extremely frustrated. I accepted a free trip to Israel in exchange for a few posts. No one told me there would be anything wrong with going or that I could possibly be offending anyone. With that being said, I’m sorry if I’ve hurt or offended anyone, that was not my intention,” she wrote via her Instagram stories. 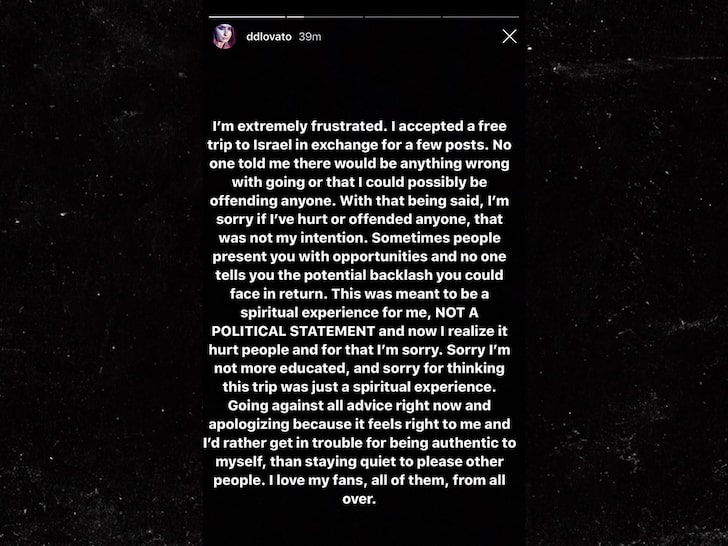 “Sometimes people present you with opportunities and noone tells you the potential backlash you could face in return. This was meant to be a spiritual experience for me, not a political statement, and now I realise it hurt people and I’m sorry,” continued the 27-year-old. “Sorry I’m not more educated, and sorry for thinking this trip was just a spiritual experience. Going against all advice right now because it feels right to me and I’d rather get in trouble for being authentic to myself, than staying quiet to please people.”

The controversy began over Lovato’s “spiritual journey” when she posted a picture getting baptised in the Jordan river, which sparked an onslaught of comments from “the other side”. She later turned off comments on the image that saw her getting baptised, touching the Wailing Wall and visiting several other landmarks. 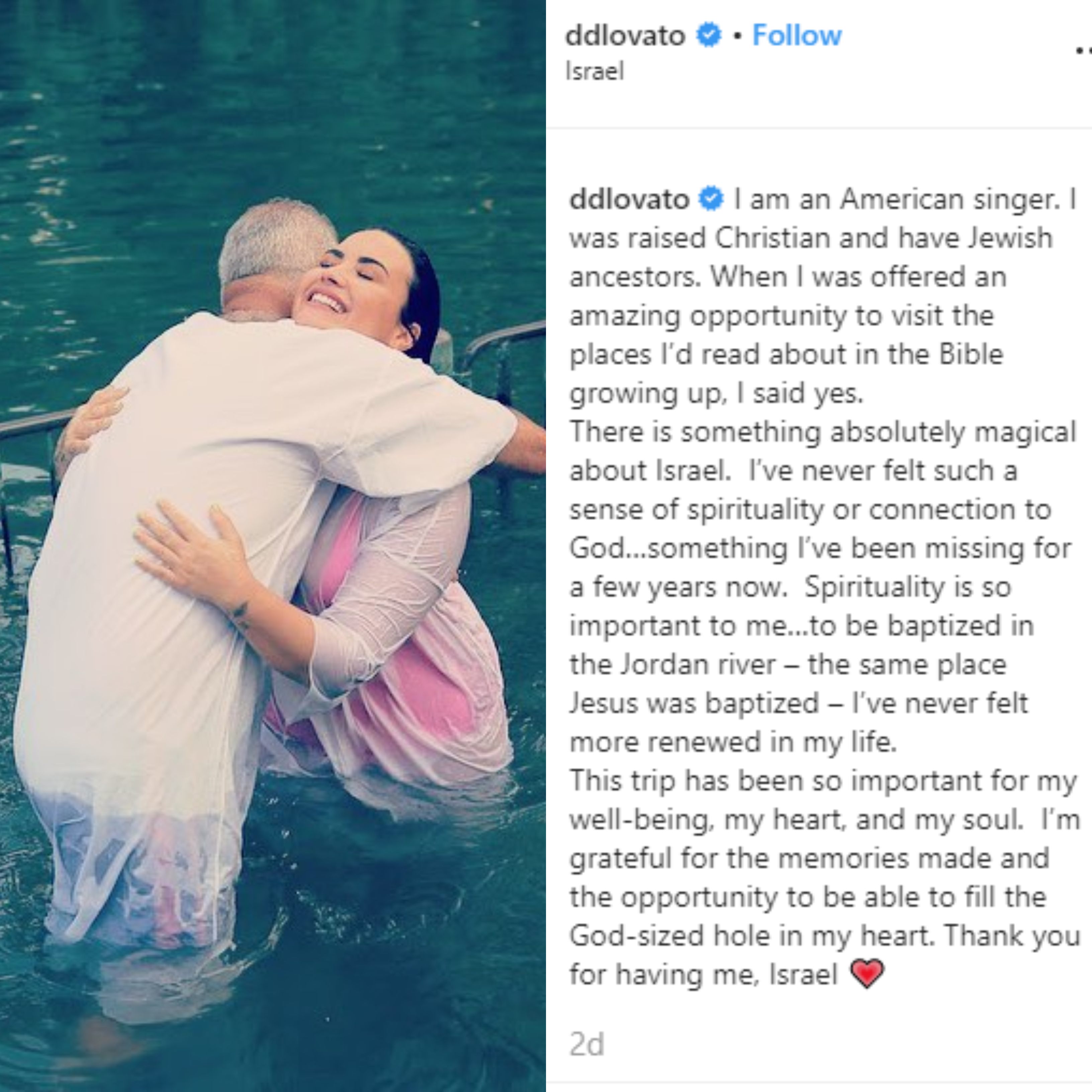 Sources connected to the singer revealed that Lovato was flooded by people supporting the Palestinian cause after she issued the apology. She then decided she didn’t want to be a part of the political battle in any way and deleted the apology.

However, a screenshot of the comments showed an apparent reply to a social media user who criticised her Israel trip. “Okay, but do you all realise, I don’t have an opinion on middle east conflicts nor is it my place to have one being an American singer and you’re asking me to choose a side,” she commented. 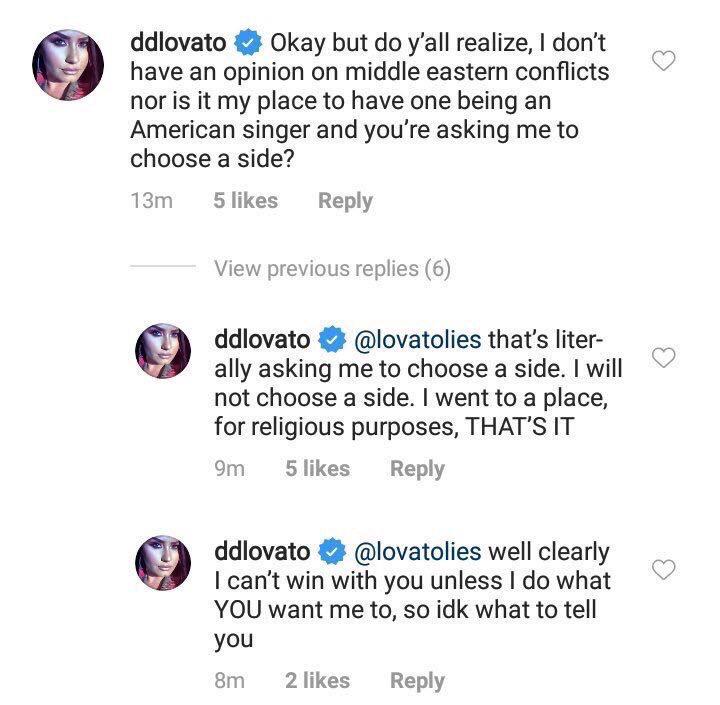 Earlier this week, the pop star took to Instagram to reflect on her recent trip. “There is something absolutely magical about Israel. I’ve never felt such a sense of spirituality or connection to God…something I’ve been missing for a few years now,” she wrote.

“Spirituality is so important to me…to be baptised in the Jordan river. I’ve never felt more renewed in my life.” Lovato, who identifies as a Christian with Jewish ancestors, said she was grateful for her trip to the Middle East because it filled “the God-sized hole in my heart.” 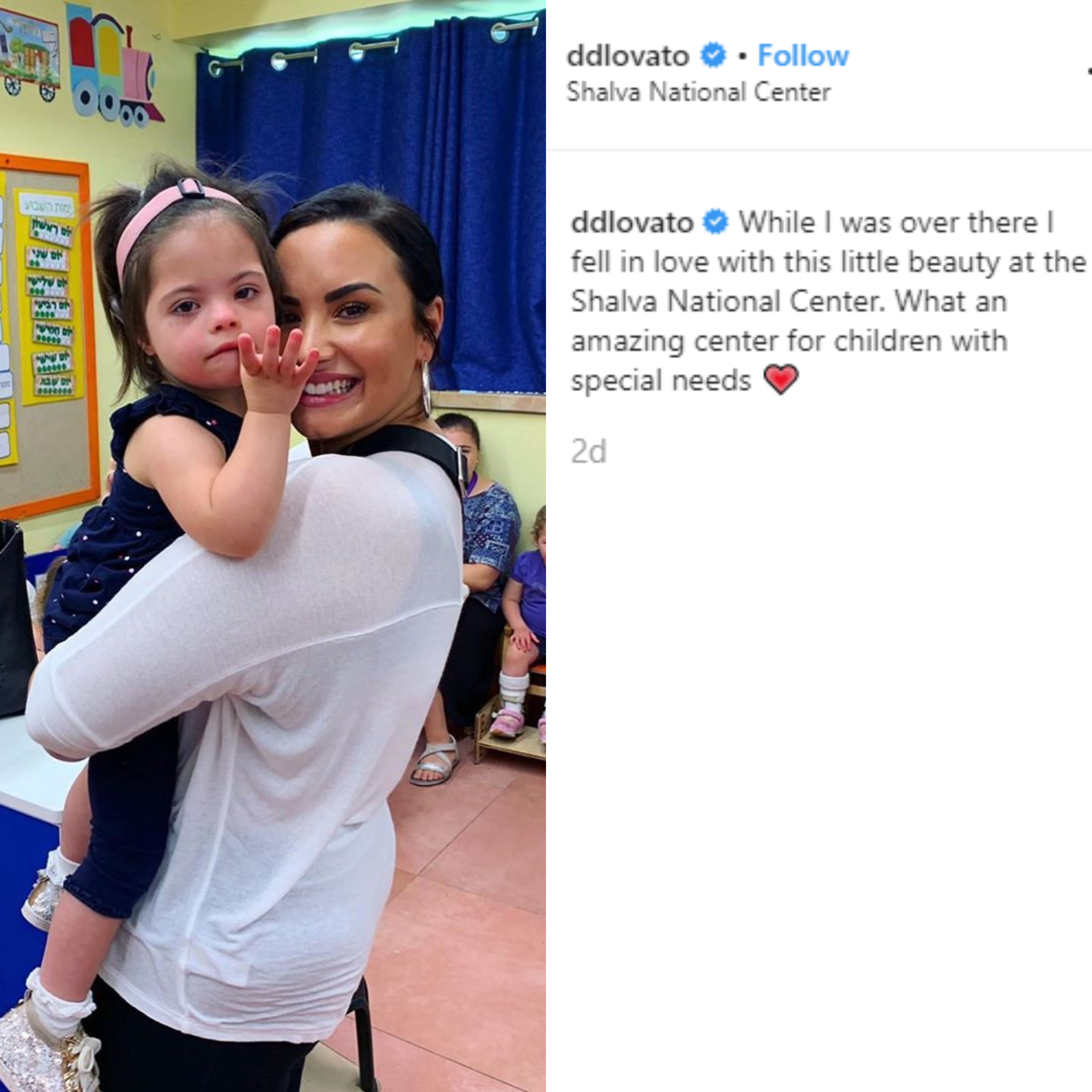 Lovato also shared photos from her visits to other sites, including Jerusalem’s Western Wall, Yad Vashem (The World Holocaust Remembrance Center) and the Shalva National Center, a non-profit organisation that supports children with disabilities.

“My heart was absolutely broken in Yad Vashem,” Lovato wrote in another Instagram post. “This was such a beautiful tribute and a reminder that we can never forget,” she concluded.