Notices served to over 300 brick kilns in Multan

Notices served to over 300 brick kilns in Multan

One-month is given to brick kiln owners to shift their units on zigzag techno­logy
By APP
Published: October 4, 2019
Tweet Email 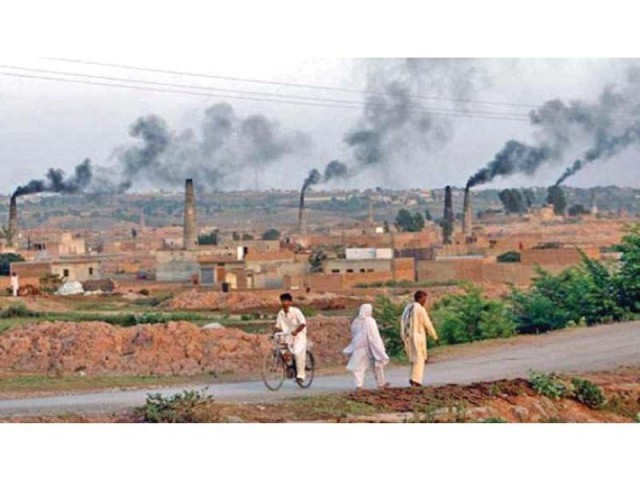 MULTAN: The Environmental Protection Department has served notices to over 300 brick kilns across the district to shift to the latest technology in the wake of expected smog conditions.

A month’s time was granted to brick kiln owners to shift their units to the zigzag technology or submit an affidavit for completion of the task at the earliest.

Environment Department Assistant Director Hameed Akhtar said on Thursday that brick kilns would be closed by the end of October.

He said smoggy weather would start by the end of October and continue till January. He said authorities launched precautionary measures and hoped the intensity of smog would be less than the previous year.

Hameed said they had launched precautionary measures from June and conducted site inspections of brick kilns. He said three brick kilns had been shifted to the zigzag technology, while one brick kiln was under construction in Multan.

Hameed said the department imparted training to brick kiln workers, adding that outdated technology units would not be allowed to function during the smoggy weather.

He said an analysis of brick kilns had also been carried out and showed a higher carbon content than the permitted limit at all units, causing smog. Two teams have been formed to monitor brick kilns, he said. He said brick-kilns situated near urban areas were being closed and there would be no permission for construction of further outdated technology brick-kilns.

He said they had closed four new under-construction old-technology brick-kilns. The official said that they had also started visiting industrial units and asked the owners to avoid running boilers for the next two months as preventive measures in the smoggy weather. He said Section 144 has already been imposed and the burning of crop residue had been banned. He added the Environmental Protection Department teams, along with the city traffic police, were conducting raids against vehicles.