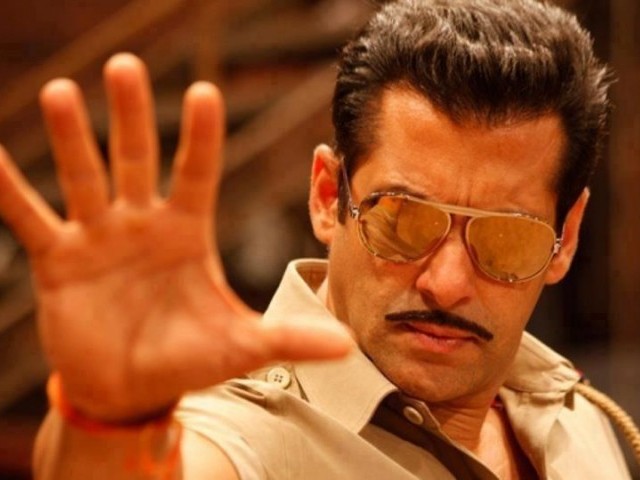 Behold, all Chulbul Pandey fans! We’ve got a treat for you!

On Tuesday, Salman Khan finally released the first and brand new teaser of Dabangg 3 – the third installment of his super hit police comedy franchise. And once you’ve seen the video, you will probably start counting down the days till the film’s December 20 release.

Directed by Prabhudheva, Dabangg 3 promises to be an all-out masala entertainer, just like its two predecessors. The video of the teaser shows Salman as the hilarious and lovable cop Chulbul ‘Robinhood’ Pandey once again, reported The Indian Express.

Judging from this dialogue, it seems like the Dabangg 3 team has something super exciting up its sleeves with regards to the film’s promotions. The lines are followed by the trademark background score of the film franchise.

Oh and don’t miss the ending, where Salman breaks into laughs in his inimitable style. The Bollywood bhai even shared the teaser on his social media handles saying, “Hello! My name is Chulbul Pandey. Nice to meet you! #Dabangg3WithChulbulPandey.” In fact, he has also changed his name from Salman Khan to Chulbul Pandey on his online profiles. Interesting, no?

Dabangg 3 also stars Sonakshi Sinha, Salman’s brother Arbaaz, Mahie Gill and Sudeep, amongst others. The first installment in the soon-to-be trilogy in 2010 and was directed by Abhinav Kashyap. The second was helmed by Arbaaz himself. Dabangg 3 is scheduled to hit theaters in Hindi, Tamil, Telugu and Kannada on December 20.