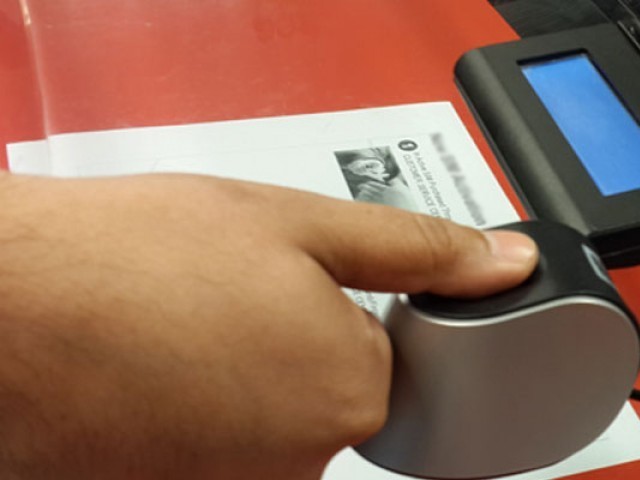 Those who would fail to perform the verification after Sunday may face blocking of their bank accounts. STOCK IMAGE

LAHORE: For the biometric verification of property buyers and sellers, the Lahore Development Authority (LDA) has gained access to the data of the National Database and Registration Authority (NADRA).

The initiative aims to expedite disposal of property transactions and to curb fraud. It will also provide access to citizens’ family trees which will then enable the authority to quickly verify the marital status of applicants and their legal heirs.

In addition, this online access will enable the city developer to verify the living or deceased status of citizens.

Besides online access, the LDA will establish facilitation kiosks at NADRA offices in Kasur, Sheikhupura and Nanka Sahib where citizens can submit applications to the authority.

Earlier, NADRA partnered with the Punjab Land Record Authority (PLRA) to establish a counter at the LDA One Window Cell in Johar Town Office for the speedy issuance of NOCs to plot owners.

Under this partnership, the authority gains access to the PLRA database.

A spokesperson of the authority says this service will go a long way in facilitating people who had hardships and wait for very long to get their land record documents verified by revenue officials. Under this partnership, the authority will have online access to a land records of plots situated in its housing schemes. In addition, verification of land ownership, fard, mutation, registry and other such documents will be achievable in the minimum possible time.

As per city the developer’s regulations, various approvals for different government agencies are required for property related transactions, like transfer of plots and sale and purchase of plots in the LDA’s jurisdiction.

However, obtaining a NOC from the city developer is still a cumbersome task, as it took 4-6 months for the issuance of the certificate.

Though, the authority is trying to streamline and expedite NOC and other approvals, but still, citizens have several reservations over city developer’s functioning and cumbersome operating procedures.

A property dealer, Muhammad Umar, said one of his clients wanted to sell his family property in Allama Iqbal Town area. He had to visit the LDA office dozens of times to obtain a NOC as the land and property records were yet to be automated.

“It took him nearly six months, even after paying ‘speed money’, to complete the documentation and get an NOC from the authority.

Attiqueur Rehman highlighted that in Defence Housing Authority (DHA) or any other private society, all property related transactions are completed in a flash.

He said the private sector respects citizens as valuable customers, while they have to fight or pay bribes for basic legal rights in government departments. “If government agencies, especially public service delivery organisations, cannot build capacity, they should learn from the private sector which is doing wonders even in the worst circumstances,” he suggested.