Waris Khan Police has starte­d invest­igatio­n to discov­er the reason behind the fire erupti­on
By ​ Our Correspondent
Published: October 2, 2019
Tweet Email 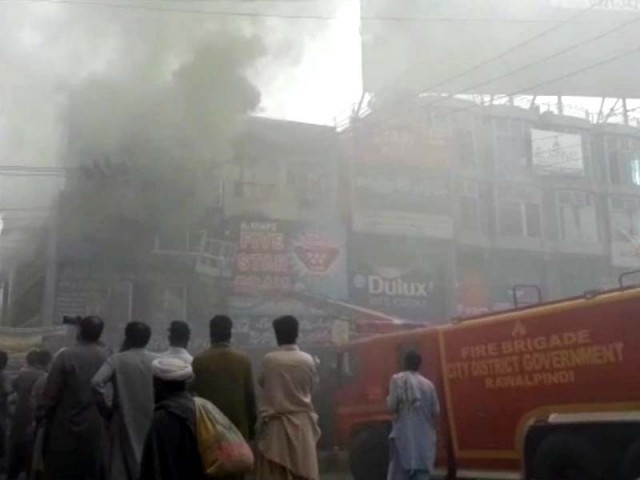 RAWALPINDI: Fire in a foam warehouse burnt material worth millions of rupees to ashes on Murree Road on Tuesday.

The rescue teams extinguished the fire after an hour of rigorous efforts before it engulfed the adjoining buildings. No casualty was reported in the incident. The fire erupted on the second floor of a three-story building in a furniture market near Naz Cinema. The entire area became engulfed in dark smoke which could be seen from a distance.

As the information was received, teams of Rescue 1122 reached the site and started taking action by breaking down the front-facing windows of the warehouse. The firefighters faced difficulties due to excessive smoke however the fire was extinguished in an hour. The rescue officials said no casualty was reported as the warehouse was empty while stock worth millions was literally burnt to ashes.

Waris Khan Police has started an investigation to discover the reason behind the fire eruption.