The iceber­g, dubbed D28, broke away from the Amery ice shelf betwee­n Septem­ber 24 and 25
By AFP
Published: October 1, 2019
Tweet Email 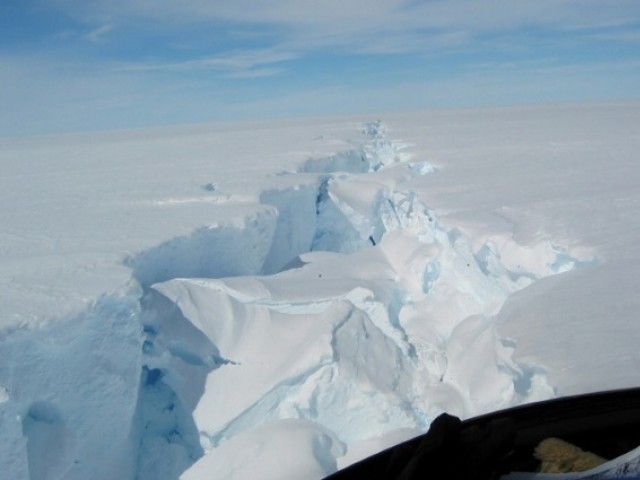 An image by Richard Coleman and the Australian Antarctic Division a massive split in the Amery ice shelf. PHOTO: AFP

WASHINGTON: A more than 600-square-mile iceberg broke off Antarctica in recent days, but the event is part of a normal cycle and is not related to climate change, scientists say.

The iceberg, dubbed D28, broke away from the Amery ice shelf between September 24 and 25, according to observations from European and American satellites.

It measures 1,582 square kilometres (610 square miles), according to the European Copernicus program.

The figures are huge, but iceberg production is part of the normal cycle of ice shelves, which are an extension of the ice cap, she said.

“Ice shelves have to lose mass because they gain mass. They want to stay the same size,” said Fricker, a professor at the Scripps Institution of Oceanography at the University of California.

The gain in mass comes from snow falling on the continent and glaciers that move slowly toward the shore. 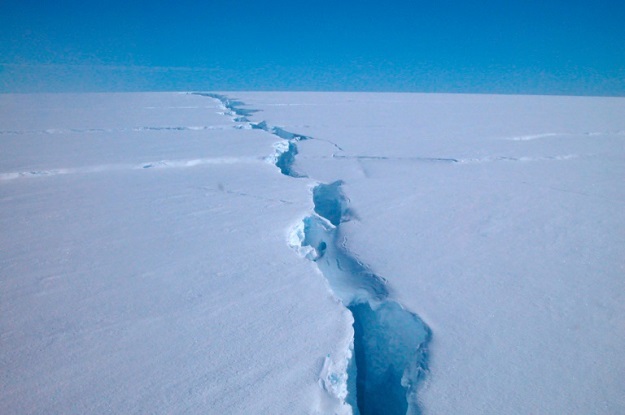 The east of Antarctica — where D28 broke off — is different from the west of the continent and Greenland, which are rapidly warming due to climate change.

“It’s really important that the public doesn’t get confused and think that this is climate change,” Fricker said.

An iceberg that was three times larger broke off Antarctica two years ago, she said, causing panic at the time.