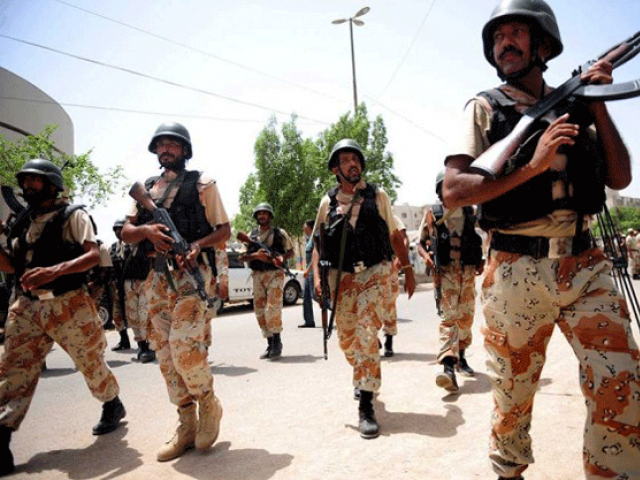 KARACHI: Sindh Rangers and police arrested eight suspects on Monday during a joint operation in Malir. They claimed to have seized weapons, ammunition, vehicle, fake green number plate and Rangers and police uniforms from the suspects.

The suspects were allegedly part of a gang that would deceive people into offering dollars at rates lower than the market rates in exchange of Pakistani currency. Disguised as Rangers and police personnel, they would rob people.