Neuer out to settle Germany's keeper debate against Spurs

Neuer out to settle Germany's keeper debate against Spurs

The showdo­wn in London will be key in decidi­ng who will win Group B
By AFP
Published: September 30, 2019
Tweet Email 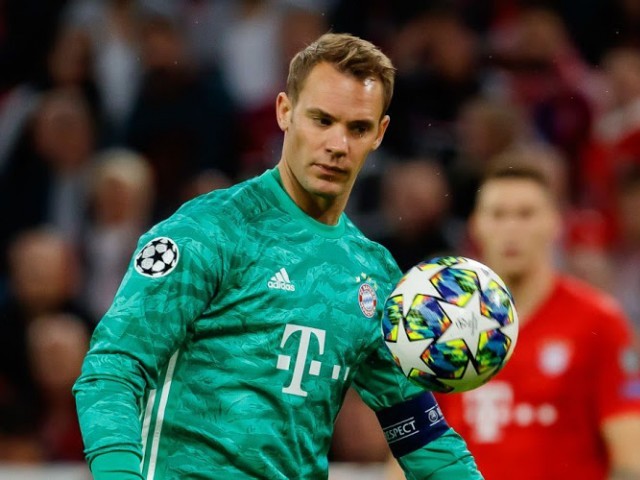 The captain insisted the result and his performance has "little bearing" on the Spurs game. PHOTO: AFP

LONDON: Bayern Munich captain Manuel Neuer heads into Tuesday’s Champions League clash with Tottenham Hotspur aiming for a display that settles the debate about whether he should remain Germany’s first-choice goalkeeper ahead of Barcelona’s Marc-Andre ter Stegen.

The showdown in London will be key in deciding who will win Group B, with Bayern currently top after beating Red Star Belgrade 3-0 in their opener a fortnight ago and Spurs needing a home victory to get back on track after throwing away a two-goal lead in a 2-2 draw at Olympiakos.

Ter Stegen hits back at Neuer in Germany row

Neuer will want to use the high-profile clash to prove his form after a shaky display on Saturday, in which he was twice beaten — including once from long-range effort — at bottom club Paderborn.

Neuer could do little about the first goal, but was at fault when Paderborn defender Jamilu Collins scored from 30 metres out to make it 3-2 and give Bayern a nervy final 10 minutes before they eventually won and topped the Bundesliga for the first time this season.

The captain insisted the result and his performance has “little bearing” on the Spurs game, but the shaky manner of the win detracted from the Bavarians taking first place.

“We should have decided the game earlier for ourselves,” Neuer fumed as Bayern squandered chances before Robert Lewandowski scored what proved to be the winner with his 10th goal in six league games.

That display came on the same day Ter Stegen launched Barca to a 2-0 win at Getafe with a sensational long-range pass for Luis Suarez’s opener after snuffing out an attack from the home side.

Ter Stegen had sparked a war of words between Germany’s top goalkeepers when he said it was a “tough blow” to remain on the bench after watching Neuer beaten four times in a heavy home defeat by the Netherlands in this month’s Euro 2020 qualifier.

The Barca keeper had been promised more games in 2019 by national coach Joachim Loew, but he has so far only had a 45-minute cameo against Serbia in March, and Neuer telling the 27-year-old his comments were unhelfpful to team spirit only led to a terse reply of “Manu doesn’t need to comment on my feelings”.

While Loew has refused to be drawn on the row, Bayern’s out-spoken president Uli Hoeness waded in by insisting the Bundesliga champions would refuse to let their stars play for Germany should Neuer be dropped, before eventually rolling back from the threat.

At 33, Neuer is entering the latter stage of his career and only a strong display at Spurs will silence the raging debate back home as to whether his rival should be promoted and end Neuer’s nine-year reign as Germany’s first-choice stopper.

With a high-profile friendly international looming at home to Argentina, Loew is under pressure to drop his captain after ditching fellow 2014 World Cup winners Mats Hummels, Thomas Mueller and Jerome Boateng in March.

Neuer has kept nearly 300 clean sheets in just over 600 Bundesliga games and was named in FIFA’s World XI four years running up until 2016, when he was made German captain.

He was at his peak in Brazil five years ago when his superb saves helped Germany lift the World Cup, but like many of his team-mates was far from his best in a disastrous 2018 campaign, when they failed to qualify from their group.

So far this season, he has three clean sheets in nine games.

His best performance was in a 1-1 draw against Leipzig a fortnight ago, producing a good save to deny Marcel Sabitzer’s fierce long-range shot.