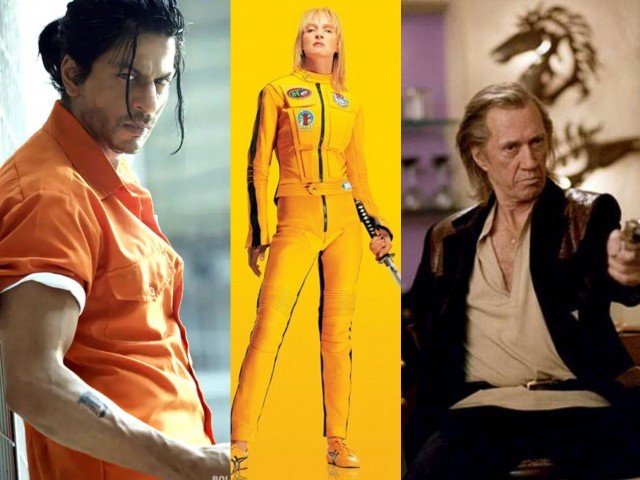 According to a report in Mid–day, Indian producer Nikhil Dwidevi has bought the rights to remake Quentin Tarantino’s Kill Bill in Hindi, and according to sources, Shah Rukh Khan has been considered for the role of the antagonist Bill, originally played by David Carradine.

The film’s volume 1 and 2, featuring Uma Thurman are two of the best films the director has ever made. The series is about a pregnant assassin who goes into coma for four years after being attacked by her boss, and wakes up to seek revenge.

Shah Rukh Khan has been on a break since  Zero. However, now he is expected to step into the shoes of iconic Hollywood villain in Nikhil Dwivedi’s remake. The film might be one of the movies Shahrukh is looking forward too, given that he also wants to work with Anurag Kashyap.

A source quoted to Mid–Day, “Nikhil bought the remake rights earlier this year, and now, he is in the process of giving shape to the project. There has been talk about Shahrukh stepping into the role of the antagonist, Bill. This is one of the many films that the actor dois considering for his next as he is keen on working with Kashyap. However, the discussions are at the nascent stage. The team has yet to zero in on the leading lady who will breathe life into Thurman’s part.”

However, the question remains as to whether the Indian version of the film will do justice to the iconic series, given that the film was also shot in Japanese and Chinese, leaving little room for further experimentation. Never the less, watching the king play a villainous character after Bazigar, Dar and Don, his fans cannot wait for yet another successful execution.