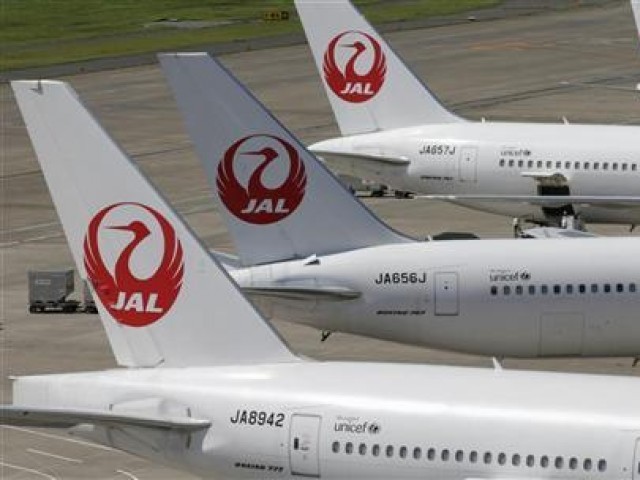 Japan Airlines aircraft are seen on the tarmac at Haneda airport in Tokyo. PHOTO: REUTERS/File

Japan Airlines, on Thursday, introduced a feature on its seat booking system that allows customers to see where babies and toddlers are seated, reported HuffPost.

A ‘child’ icon appears for passengers booking flights on the airline, if children travelling on the airline are aged under two years.

The possibility of a peaceful flight appealed to many, and travellers took to Twitter to express their happiness – with one Twitter user saying the feature lets him know where babies ‘plan to scream during a 13-hour trip’.

Thank you, @JAL_Official_jp for warnings me about where babies plan to scream and yell during a 13 hour trip. This really ought to be mandatory across the board.

Please take note, @qatarairways: I had 3 screaming babies next to me on my JFK-DOH flight two weeks ago. pic.twitter.com/kQYQFIqqCD

The innovative feature received critical acclaim, but some commentators urged travellers to be tolerant.

Some also suggested the use of noise-cancelling headphones.

“I don’t understand people that complain about babies crying on planes. I put on my headphones and I hear nothing,” said another Twitter user.

Brexit may have ‘gravest of consequences’ for health: UK lawmaker