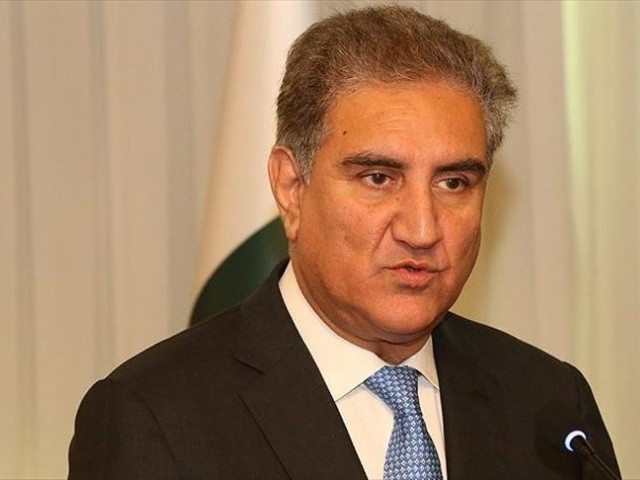 The letter, along with a detailed factsheet and comprehensive annexures, highlights the illegal, unilateral, coercive Indian actions of August 5.

Additional troops were flown into the disputed valley before the surprise move. In the weeks since the illegal lockdown, hundreds of Kashmiri politicians and activists have been detained or put under house arrest. Thousands of Kashmiri men – including minors – have been arrested in the name of maintaining order during nocturnal raids by Indian occupying forces.

“Foreign Minister Qureshi’s letter, not only builds on Pakistan’s efforts to sensitise the international community about the continuing Indian atrocities in IOK, but also presents Pakistan’s comprehensive position on the dispute, including the relevant UN Security Council resolutions, bilateral agreements and relevant letters to the UN in a sequential manner, laying out the international law and Pakistan’s legal case on Jammu and Kashmir dispute,” it said.

The foreign minister emphasised that “not only are the Indian actions in stark violation of its international commitments, but they also contravene the numerous bilateral commitments, including the Simla Agreement, Lahore Declaration (1999), Islamabad Declaration (2004), Joint Statement of the National Security Advisers & Foreign Secretaries of both countries (December 2015) and Pakistan – India Joint Statement (December 2015), which clearly accept the disputed status of IOK and reaffirm the commitment of peaceful resolution of the same.”

The FO statement continued that in line with the Prime Minister Imran Khan’s commitment to the Kashmiris, the letter was part of Pakistan’s ongoing diplomatic efforts to sensitise the world to the plight of innocent Kashmiris, “incarcerated for more than seven weeks now and bearing the brunt of Indian atrocities for the last seven decades.”

“Indian aggression and hegemonic actions in IOK are a threat to regional peace and stability and hold hostage peace and development in South Asia.”

It said, “Pakistan will continue to extend political, moral and diplomatic support to the Kashmiri struggle for the realisation of the legitimate right of self-determination, enshrined in numerous UN Security Council Resolutions for an expedited resolution of the dispute, pending resolution for more than seven decades due to Indian intransigence.”