NHA not given funds for previo­us and curren­t quarte­r under PSDP in which it happen­s to get larges­t share
By Haseeb Hanif
Published: September 25, 2019
Tweet Email 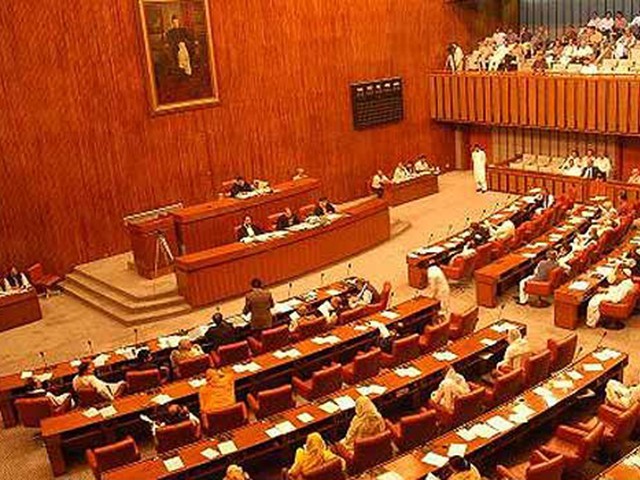 ISLAMABAD: The National Highway Authority (NHA) working under the Ministry of Communications (MoC) has surpassed debt of Rs2 trillion and the authority would now depend on grants by the government.

This was stated by MoC Secretary Jawad Rafique Malik while addressing the Senate Standing Committee on Planning, Development, and Reforms on Tuesday. The session was presided over by Senator Agha Shahzaib Durrani.

Planning and Development Secretary Zafar Hasan, while also briefing the session said that the Foreign Office had been negotiating with officials in SAARC countries for providing training at Pakistan Planning and Management Institute (PPMI).

The committee chairman asked how was it possible to impart training on project development in just three days whereas the whole process required more time.

The committee members raised the issue of toll taxes on motorways.

Malik maintained there was a formal contract for the increase in toll taxes and as per the agreement, the toll tax for M-2 motorway would be increased by 10% each year.

“The highway authority has not been given funds for the previous and current quarter under the Public Sector Development Programme (PSDP) in which NHA happens to get the largest share,” he said.

The government has also not released funds for two of the authority’s biggest projects, Sukkur to Multan Motorway and Hawaiian to Thakot Expressway constituting part of China-Pakistan Economic Corridor (CPEC) programme, while funds for the projects already approved have also not been settled.

“NHA is not responsible for delays as timely completion of projects is subject to the timely release of project funds by the finance division,” the secretary said.

“As such, the finance ministry is to be held responsible for the delays. NHA has to pay Rs19 billion in debt currently but we only have Rs6.7 billion,” he added.

Committee member Senator Rana Maqbool maintained that NHA had deprived a large part of the land owned by poor farmers by building highways and bypasses but did not compensate them even after ten years.

He said that the details against outstanding payments would be revealed in the next session.

The communications secretary told the session that the government had not yet paid compensation against land procured for M-2 and NHA owed a large amount of money for its highway completed in 1994.

Planning and Development Secretary Zafar Hasan declared that NHA was given 134% of the actual funds during the past fiscal year, while Rs19.2 billion had been reserved for the authority during the current year for various approved and unapproved projects.

“The NHA has so far collected Rs10.1 billion from the allocated funds,” he said.

NHA chairman told the committee that 10% of Rs2.5 billion had been deducted as interest payment.

“From a total of Rs116 billion, Rs75.5 billion have been released during the first three quarters of the year, while not a single rupee has been released for the fourth quarter,” he observed.

The finance ministry officials said that the communications ministry had not made any request for funds in the fourth quarter, while payments were also not made due to increased deficits and entry into the IMF programme.

The committee directed the finance ministry to release funds for the land acquired for Zhob Kachlaq Road by September 30. The communications secretary revealed that the accounting books of NHA showed liabilities in excess of Rs2 trillion.

“NHA will no longer construct any road on credit and all projects in future will be financed by a grant received from the federal government,” he said.

On the other side, the NHA chairman questioned how come 44 new schemes were added into the PSDP after it was finalised.

The planning ministry officials responded that there was no space to add up any new scheme into the PSDP. Commenting on the subject, Senator Usman Kakar noted that the new schemes were added for political gains.

The committee chairman mentioned that a subcommittee had been formed to probe why the new schemes were added into the PSDP.