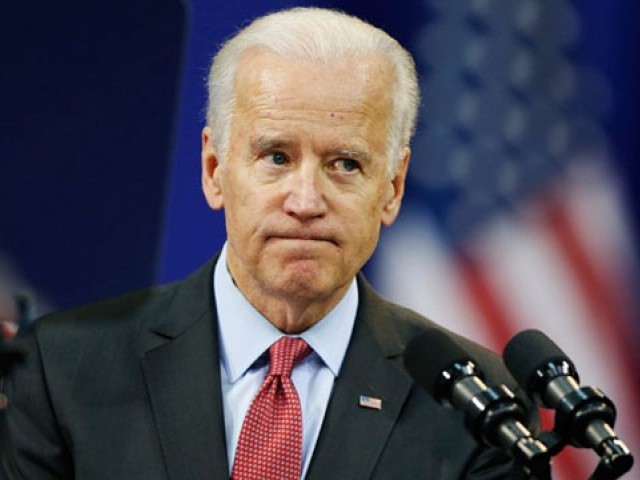 WASHINGTON: Joe Biden accused Donald Trump Saturday of “an overwhelming abuse of power” and called for an investigation into accusations the US leader pressured his Ukrainian counterpart to investigate the presidential candidate’s son.

Biden’s allegations prompted a swift rebuke from Trump, who himself accuses the Democratic frontrunner of wrongdoing in Ukraine during his time as vice president under former president Barack Obama.

The back-and-forth recriminations stem from a Washington Post report stating a whistleblower complaint had been filed over Trump’s communications with Ukrainian President Volodymyr Zelensky, and a “promise” allegedly made by the US leader.

Trump allegedly pressured Zelensky to investigate possible corruption involving Biden and his son Hunter, who had worked with a Ukrainian natural gas company while his father was vice president.

Trump has urged media to “look into” Biden’s comments in early 2016 when the then US vice president said the Obama administration would freeze $1 billion in US loan guarantees unless Kiev fire its top prosecutor, who was looking into the gas company.

“This appears to be an overwhelming abuse of power, to get on the phone with a foreign leader who is looking for help from the United States and ask about me,” Biden told reporters on the campaign trail in the state of Iowa.

“I know what I’m up against, a serial abuser. That’s what this guy is,” Biden continued. “If he sees any threat to his staying in power, he’ll do whatever he has to do. But this crosses the line.”

Biden had on Friday demanded Trump immediately release the transcript of a July 25 call with Zelensky while saying reports that the president sought to coerce his Ukrainian counterpart, if true, amounted to “clear-cut corruption.”

Trump slammed the allegations as “ridiculous,” and on Saturday accused Biden on Twitter of having demanded, during his time as vice president, “that the Ukrainian Government fire a prosecutor who was investigating his son.”

He also accused news outlets of fabricating “a story about me and a perfectly fine and routine conversation I had with the new President of the Ukraine. Nothing was said that was in any way wrong, but Biden’s demand, on the other hand, was a complete and total disaster.”

Ukrainian Foreign Minister Vadym Prystaiko denied that there was any pressure from Trump in an interview on television station Hromadske.

“I know what they were talking about and I think there was no pressure,” he said.

“It was a long and friendly discussion, and it dealt with many questions that in many cases needed serious answers,” he said.

On Saturday, Trump posted a video montage of media reports, which included a clip of Biden saying he’d asked that the prosecutor be dismissed.

Biden has said the call had nothing to do with his son.

“I’ve never spoken to my son about his overseas business dealings,” Biden said. “Everybody looked at it and said there’s nothing there.”

“Trump is doing this because he knows I’ll beat him like a drum and using abuse of power and every element of the presidency to try to do something to smear me,” Biden, who is leading Trump in most polls, said.

“The Fake News Media nowadays not only doesn’t check for the accuracy of the facts, they knowingly make up the facts. They even make up sources in order to protect their partners, the Democrats,” he posted on Twitter.