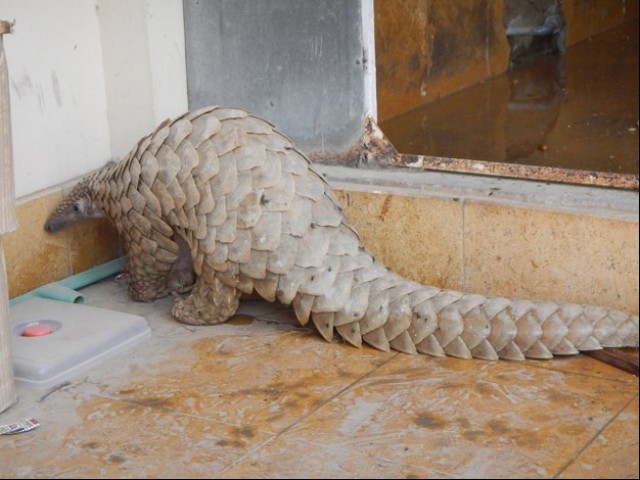 ISLAMABAD: The Islamabad Wildlife Management Board (IWMB) on Friday said that it had rescued an endangered Indian Pangolin from the Rangers Headquarters in the capital.

This was disclosed by the IWMB Assistant Director Sakhawat Ali on Friday. He stated that the Margalla Hills National Park (MHNP) is one of the native habitats of the Indian pangolin, adding that it is one of the most trafficked animals in the world. “The International Union for Conservation of Nature (IUCN) has declared this species as endangered,” Ali said.

Asked about how the rescue came about, the official said that his colleague, IWMB Assistant Director Fahim Changwani, received information about the pangolin’s presence at the Rangers Headquarters late on Thursday. He said that the board’s team rushed to the spot at midnight.

Changwani said that Rangers at the facility were unaware of the endangered status of the pangolin nor were they aware that one of them was loose on the grounds. However, they captured the pangolin as it came near the main building.