As the number of dengue patien­ts crosse­s 50 in the provin­cial capita­l
By ​ Our Correspondent
Published: September 20, 2019
Tweet Email 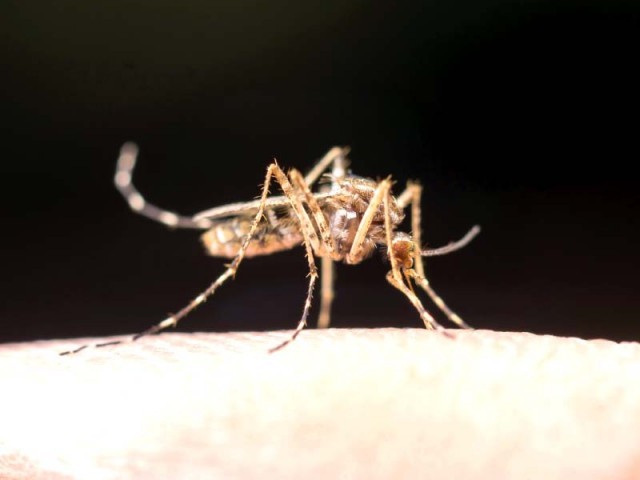 LAHORE: Following seven new cases, the number of dengue patients has crossed the 50 mark in the provincial capital. Observers have blamed the Pakistan Tehreek-e-Insaf government and the city administration for this situation.

As per official data, the patients were identified as Dua Rashid, 16, Musarrat 70, Waiz 8, Muhammad Imran, 39, Ayesha, 32, Nouman 35 and Abdul Nouman, 40. All of them were brought into private hospitals and diagnosed with dengue fever.

Following the rise in patients, the provincial and district administrations have started strict implementation of the dengue regulations. Punjab Chief Minister Sardar Usman Buzdar has directed emergency surveillance of dengue larvae in the province.

He said field teams should make full efforts and take all possible measures to eradicate dengue. He directed the provincial administration and the health department to conduct comprehensive surveillance of private and public sector buildings to eradicate dengue larvae. “Similarly, tyre shops and graveyards should be regularly monitored and all necessary facilities should be made available to dengue patients in the hospitals,” the CM said. He added the health of the people would be protected and no leniency will be tolerated in this regard.

He said the government and private sector departments should extend full cooperation to anti-dengue teams and citizens cannot let water accumulate in their houses or on rooftops.

Chairing a cabinet committee meeting at Civil Secretariat on Wednesday, Dr Rashid asserted measures should be taken to reduce the CBC test fee in private labs. She hoped that the same facility would be made available at public sector hospitals free-of-cost. Instructions are being issued to the district administration to increase anti-dengue activities. She said that the chief minister had also ordered stern action against those showing leniency in the anti-dengue campaign.

She urged district administration officers to personally monitor the anti-dengue activities instead of depending on the facts and figures provided by hospitals. The minister expressed grave concern over the increase in dengue patients.

During surveillance, anti-dengue teams recovered dengue larvae from various private buildings and industries and registered cases against their owners.

Former Punjab chief minister Shehbaz Sharif also reacted on Twitter over the increase in the number of dengue patients across Punjab. He wrote: “The news reports of dengue spreading are hugely worrisome. The PML-N government worked with a missionary zeal to overcome the epidemic. A complete health infrastructure along with SOPs was put in place to make sure that it does not recur again. Very unfortunate!”

Meanwhile, Punjab Nursing Director General Kauser Parveen paid surprise visits to services, mental and general hospitals where she inspected dengue cases. She reviewed cleanliness and other arrangements at different wards of these hospitals. She expressed reservations on the posting of nurses to daycare centres at Services Hospital. Speaking on the occasion, the DG said all nursing superintendents in Punjab had been told to ensure discipline at all costs. She said that patients should be looked after properly and cleanliness should be up to the mark in all wards.

“Staff should be present and no leniency will be tolerated in that regard,” she added. Parveen stressed senior nurses should be posted rather than juniors for office duties. She said that seniority must be kept in view and everyone should be given their due right. While visiting the dengue counters, the DG directed staff to ensure that patients are informed and guided about the fact that dengue is a curable disease.

Another minor sexually assaulted in Lahore