The UAE is a leadin­g partne­r in a Saudi-led coalit­ion that interv­ened in Yemen
By Reuters
Published: September 18, 2019
Tweet Email 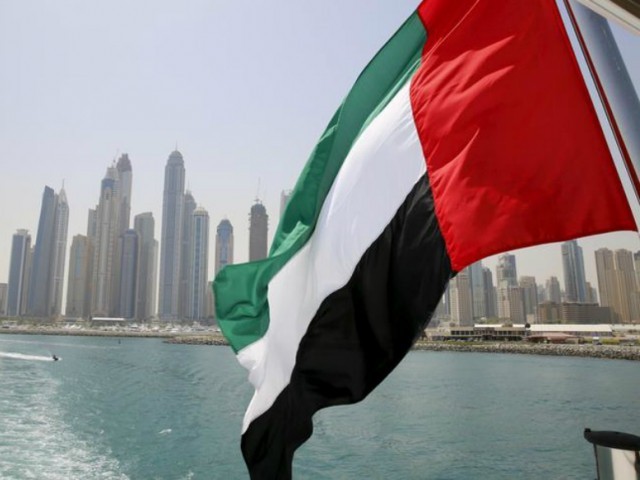 The UAE is a leading partner in a Saudi-led coalition that intervened in Yemen. PHOTO: REUTERS/FILE

DUBAI: Yemen’s Houthi group said on Wednesday that it had identified dozens of sites in the United Arab Emirates (UAE) as possible targets, in an attempt to underscore its military clout following a weekend attack it claims to have carried out on Saudi oil facilities.

“To the Emirati regime we say only one operation [of ours] would cost you dearly,” Yahya Saria, the military spokesperson for the Iran-aligned movement, said in a televised speech.

“Today and for the first time we announce that we have dozens of targets within our range in the UAE, some are in Abu Dhabi and can be attacked at any time.” He said the Houthis have new drones, powered by “normal and jet engines” that can reach targets deep in Saudi Arabia.

In Riyadh, Saudi Defence Ministry spokesperson Colonel Turki al-Malki said the attack could not have come from Yemen, adding the Houthi movement was “covering up” for Iran. The UAE is a leading partner in a Saudi-led coalition that intervened in Yemen in March 2015 to restore Hadi’s government after it was toppled by the Houthis in late 2014. Saria said the attacks were launched from three locations.

Qassef 3 drones were launched from one site, Samad 3 drones from a second and new jet powered drones from a third, he said. He said this jet-powered type will be reveled soon. “These drones … carried four precise bombs per strike,” Saria said.

Other drones were also “used to confuse the enemy so the main planes could reach their targets,” he said.

Iran president may skip UNGA over US visa delay