Premie­r says Islama­bad will use full force for the talks to procee­d furthe­r
By Shahid Hamid
Published: September 18, 2019
Tweet Email 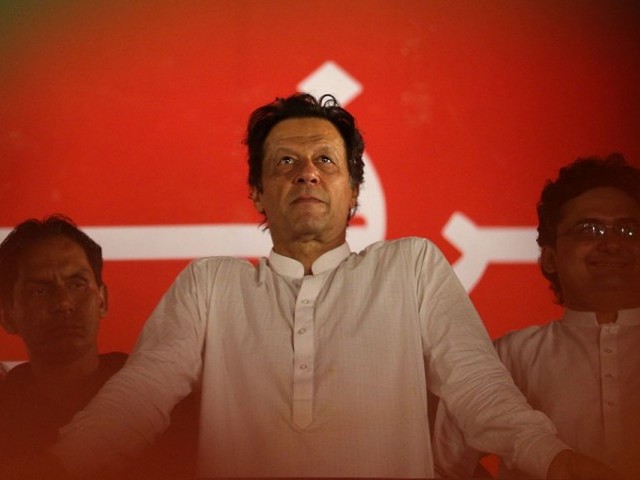 LANDI KOTAL: Prime Minister Imran Khan warned against any emotional attempt from the people to cross the Line of Control (LoC) from Pakistan, saying on Wednesday any such attempt would in fact affect the struggle of the people in Indian-Occupied Kashmir.

Talking to the reporters after inaugurating the Integrated Transit Trade Management System at Torkham on the Pakistan-Afghanistan border, the prime minister reiterated that he would continue to raise the Kashmir issue at every international forum.

Any bid to “wage a jihad in Kashmir” would be an act of extreme enmity towards the Kashmiris, he said, adding: “Anyone, who thinks that he will cross the border to join the Kashmiris (fighting for their right), is a big enemy of them and Pakistan.”

Indian authorities, he said, were waiting for “any excuse” to crack down on the region. “They need an excuse … If someone from Pakistan goes to India to fight… It will provide them an excuse for torture and barbarism,” he told Peshawar-based journalist here.

“Don’t give India an excuse to cover its human right violations in Kashmir. This can make life more difficult for the Kashmiris, who are already suffering at the hands of 900,000 violent and oppressive Indian troops,” he said, adding the government would not allow anyone from Pakistan to cross the LoC.

He stressed that there would be no talks with Delhi until curfew was lifted in the occupied territory. He promised to forcefully present the case of the Kashmiris at the upcoming United Nations General Assembly (UNGA) session in New York.

The prime minister said that the recent attack on a Hindu temple in Ghotki district in Sindh was part of a conspiracy to sabotage his visit to the UN. He added that the Constitution of Pakistan provided equal rights to every citizen, including the minorities.

Prime Minister Imran expressed his disappointment at the US decision to call off Afghan peace talks and said that he would urge US President Donald Trump next week to revive the negotiations process with the Taliban.

“On September 23, on my US visit to Washington, I would raise the issue with US President Donald Trump,” Imran told reporters. “It will be a big tragedy if these talks don’t make headway,” he said, adding: “We will put our best (effort) that these talks are resumed again.”

Replying to a question, the prime minister said that he had shared Islamabad’s concern with the Afghan President Ashraf Ghani over an attack on him. “It’s unfortunate that peace process has stagnated,” he said. “It will resume soon with our efforts.”

Speaking about the Torkham crossing, the prime minister said the decision to keep the border open for 24 hours a day would greatly benefit the region. “The opening of the border will bring prosperity to the region. It will provide access to Pakistani goods to the Central Asian markets,” he said.

“We will increase bilateral trade with Afghanistan by 50% to $3.5 billion annually,” Imran Khan said. “Khyber Pakhtunkhwa will also reap benefits of this trade route, as Peshawar will become an economic hub in the region,” the prime minister added.

The prime minister announced disbursement of Rs150 billion for the development and uplift of tribal areas. To another question about the AGN Kazi formula for implementation of net hydel profit, Imran Khan said the matter was currently under consideration.

The prime minister categorically rejected any concessions for the jailed political leaders, who plundered the national wealth, saying their accountability was a must to put the country back on right track.

He said the amnesty given to the Pakistan Muslim League-Nawaz (PML-N) and the Pakistan Peoples Party (PPP) leaders under the then National Reconciliation Ordinance (NRO) cost the national economy Rs24,000 billion

He reaffirmed that the Pakistan Tehrik-e-Insaf (PTI) government would not give any NRO or a safe passage to any corrupt politician, stressing that the accountability process would continue till the recovery of looted public money from the corrupt.

“The country cannot make progress unless we eliminate the menace of corruption,” he said. Since the inception of the PTI government, the opposition parties were making hue and cry and raising questions on the accountability process to get NROs, but “I will not yield to their pressure”.

Earlier, the prime minister formally inaugurated the opening of the Torkham border crossing for 24 hours. Imran was accompanied by Foreign Minister Shah Mehmood Qureshi and Khyber Pakhtunkhwa Chief Minister Mahmood Khan. He was also given a briefing on the border terminal.

Pakistan, for the first time, opened the Torkham border round the clock earlier this month on a trial basis. The National Logistics Cell (NLC), in coordination with Khyber Pakhtunkhwa, has completed arrangements for the trade terminal.