The crossi­ng has been opened round the clock on trial basis since Septem­ber 2
By News Desk
Published: September 18, 2019
Tweet Email 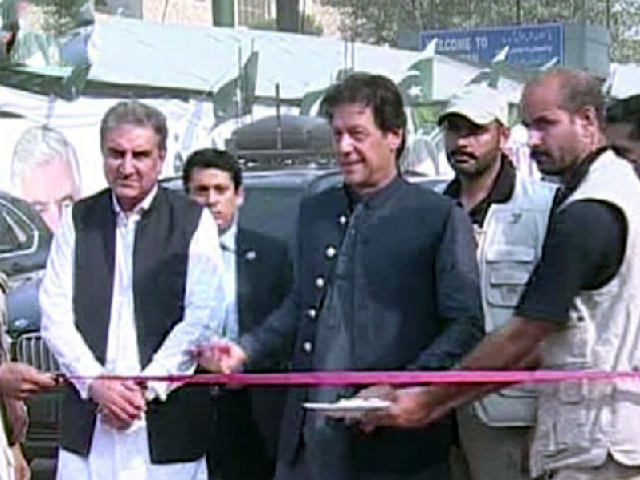 Prime Minister Imran Khan arrives at Torkham on Wednesday to formally inaugurate the opening of Pak-Afghan border crossing which will be operational round-the-clock, Radio Pakistan reported.

The opening of Torkham border is aimed at enhancing trade with Afghanistan and to facilitate ease of business between the two countries.

The border crossing has been opened round the clock on trial basis since September 2.

Torkham — one of the 18 border crossings between the two countries that connects Pakistan’s northwestern Khyber district with northeastern Nangarhar province of Afghanistan — now stays open 24 hours for cross-border movement for the first time in the recent history.

Torkham border being made functional round-the-clock

Previously, Torkham crossing remained operational for 12 hours only, which would cause night-long wait for the truckers on either sides of the frontier. Apart from truckers, patients from bordering Afghan provinces too had to suffer in case of an emergency due to border closure during the night.

In addition, PM Imran will also inaugurate Pak-Afghan Friendship Hospital at Torkham, where patients arriving from Afghanistan via the border crossing point will be provided with medical assistance.

All necessary medical facilities have been arranged in the hospital.

The premier is also scheduled to address local tribal elders.