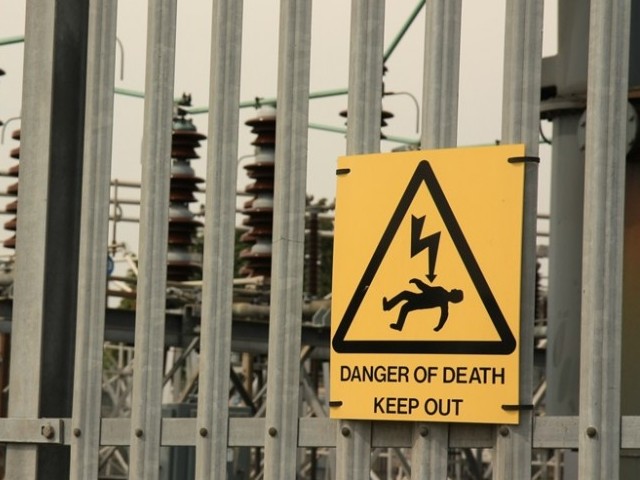 KARACHI: The Sindh High Court (SHC) directed K-Electric’s counsel on Tuesday to submit the power utility’s reply pertaining to more than 40 deaths by electrocution during recent rains in the next hearing. A two-member bench comprising Justice Salahuddin Panhwar and Justice Shamsuddin Abbasi heard the plea filed by Jamat-e-Islami Chief Hafiz Naeem stating that the deaths were caused due to KE’s negligence.

Naeem appeared before the court with his counsel, advocate Usman Farooq. KE’s counsel submitted the power of attorney in court and sought an extension for the submission of reply.

The court directed KE’s counsel to submit the reply on the next hearing.

A two-member bench comprising Justice Muhammad Ali Mazhar and Justice Agha Faisal disposed of the plea pertaining to controlling the HIV/AIDS outbreak in Larkana and other areas.

The counsel for the petitioners – PILER, Dr Qaiser Sajjad and others – maintained that a large number of people were diagnosed with HIV/AIDS in Larkana and the outbreak occurred due to non-compliance with laws pertaining to controlling the diseases. The counsel argued that the laws are present but they are not complied with. He argued that the Sindh government should be directed to take emergency action in this regard. Data should be collected from all prisons, lock-ups and other such places, and the Sindh HIV and AIDS Control, Treatment, Protection Act 2013 should be enforced.”

The health additional secretary said that a notification was issued for the establishment of the Sindh AIDS Commission on judicial orders.

The petitioner’s counsel maintained that the announced funds should be provided to the commission to deal with the HIV outbreak.

“Let the commission work. Former judges are present and they know their responsibility well,” remarked the court.

The court disposed of the plea while directing to the commission to work in all districts and spread awareness regarding the diseases.

The same bench summoned the chief secretary on October 24 in the case pertaining to complete restriction on heavy traffic entering Karachi.

The chief secretary’s focal person informed the court that the chief secretary was busy attending a conference on Karachi’s infrastructure. The issue of bus terminals is being resolved according to judicial orders.

The bench remarked that the court is giving the last warning to the chief secretary. “We will take action if he doesn’t appear on the next hearing.  If this is how things are then remove the restriction on heavy traffic, remove unnecessary hurdles and resolve the issue,” remarked the bench. “Resolve the issue of the 100 acres of land reserved for the first terminal as well,” the bench noted.

Karachi metropolitan commissioner said that the process of demarcation of land will soon be completed in collaboration with the land revenue department.

The counsel for the revenue board maintained that the transfer of land would be possible when the payment for it is made.

“Who will make this payment? Would Karachi mayor be making it? You can collect money the mayor if he has it because the Karachi Metropolitan Corporation (KMC) does not have any money,” remarked the bench.

The court summoned the chief secretary on the next hearing and adjourned till October 24.

Meanwhile, the bench comprising Justice Salahuddin Panhwar and Justice Shamsuddin Abbasi sought arguments from the deputy attorney general on October 8 over the pleas filed by convicts against the death sentence awarded to them by Military Courts in the Safoora Goth incident.

The counsel for the convicts maintained that the relevant documents have not been provided by the Centre as yet.

According to the Judge Advocate General (JAG) Branch, the petitioners are involved in several terrorist activities besides the Safoora incident. The action against them was taken under Army Act 1952. Cases pertaining to terrorist activities targeting the armed forces can be tried in military courts.

The counsel for the convicts maintained that the Supreme Court has declared that military courts don’t have the authority to try such cases. The JIT proved that the convicts do not belong to the Islamic State of Iraq and Syria (ISIS), Daesh or any other foreign organisation. Other cases against the convicts which are under trial in the anti-terrorism court are facing delays. The convicts were shifted from the prison without the permission of jail authorities. They weren’t given the chance to defend their case during the trial at the military court, said the counsel.

The court sought arguments from the deputy attorney-general on October 8.

Another two-member bench comprising Justice Syed Hasan Azhar Rizvi and Justice Kausar Sultana Hussain directed the relevant SSP to provide security to the petitioner. The bench gave the parties the last warning regarding illegal occupation of the park located in FB Area Block 5.

The court expressed annoyance at the KMC for not submitting its reply. “The reply must be submitted or the court will summon the metropolitan commissioner. This is the last warning for the submission of reply. Otherwise, strict action will be taken against the elements responsible for it,” remarked the bench. The court observed that the Karachi Development Authority (KDA), KMC and the Sindh Building Control Authority (SBCA) are dealing with the issue verbally. “Give the affidavit on the officer responsible for illegal occupation. No agency is willing to submit a proper reply. They keep assigning responsibility to the other agencies,” remarked the bench.

The petitioner told the court that he is being threatened because he filed the petition. The court directed the relevant SSP to provide protection to the petitioner.

The petition states that a Katchi Abadi has been set-up in the land reserved for a park.